"Heather has true passion, works hard, and is accomplished beyond her years," one judge said.

She counsels global brands including DHL and Krazy Glue. Her work helped increase agency business with DHL by 77.6% in 2015. For Krazy Glue, her social efforts increased Facebook engagement by 59% and Twitter engagement by 130% — in one month. She now serves as its lead social strategist.

Other examples of outstanding work include the #LifeInCbus campaign, which featured user-generated content showcasing the vibrancy of Columbus, Ohio, where Fahlgren is headquartered. The effort exceeded its engagement goal by 400%.

"Determining how to make an impact with every single engagement is a puzzle I love solving," Bartman said. "It’s why I wake up every day."

Recognized as a social media expert, Bartman has established for the agency and clients best practices for social media legal compliance and developed a standardized exercise for determining social tone. She also created a hacking policy and social account recovery process.

Volunteering for multiple causes has long been her passion. She has helped more than 200 PRSSA members make connections that led to internships and jobs.

"She’s already become an integral part of the team," added one judge. "That’s one of the highest achievements for any young PR pro." 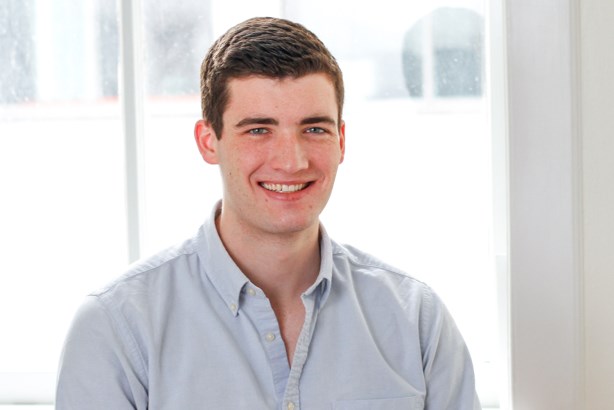 When LaunchSquad needs anything accomplished in a "beautiful, technical, and efficient manner," John Patrick Harrington is the go-to guy. The phrase "JPH it" is used regularly in reference to his ability and talent. Judges loved the phrase and found its use a powerful indicator of Harrington’s impact. Soon after joining LaunchSquad, he was named a founding member of the Impact & Analytics team. His talent for combining technology with storytelling is highly regarded, while his analytics solutions (including custom-built platforms) have had significant positive business impact on the agency and its clients.

This story was updated on March 18 to correct that Bartman's work did not increase DHL's business by 77.6%. Her work increased agency business with DHL by that percent.