By getting to the heart of an issue many mothers face — many felt under pressure from society when making essential decisions about how they raise their children — the MSLGroup-Abbott Similac’s Sisterhood of Motherhood initiative emerges with this evening’s top honor.

It is the second consecutive PRWeek Campaign of the Year triumph for the Publicis Groupe agency.

Among a quintet of impressive award-winning programs, "this campaign really broke through," noted one judge. "Way to hone in on the emotional connection."

The effort, which also earned Healthcare Campaign of the Year, was successful in bringing parents together over the shared bond of "doing what’s best for baby."

Like most effective efforts, it was fueled by research, in this case showing how mothers feel they are under the microscope when it comes to any decision they make for their children, whether it’s what kind of diaper to buy or how much maternity leave they should take.

A central aspect of the campaign was The Mother ‘Hood’ video, which launched last January. It went the route of comedy to highlight issues new parents face in making choices for their babies. The Huffington Post had the exclusive the day the video debuted and Time, BuzzFeed, People.com, MarieClaire.com, Elle.com, and CNN also played it.

Connecting with 30-plus parenting bloggers and vloggers to share their stories about formula and the judgments that come along with it added to the outreach.

The video had more than 8 million YouTube and 18 million Facebook views. The connection it made with mothers truly stood out, with one saying, "I wish I had seen this 26 years ago. Perhaps I wouldn’t have felt so guilty when I decided to use formula."

Following The Sisterhood of Motherhood’s release, there was a 13% year-over-year boost from positive media coverage to 93%. In addition, there was a notable increase in brand equity compared to competitors, while the brand captured 75% of the online conversation for the category. 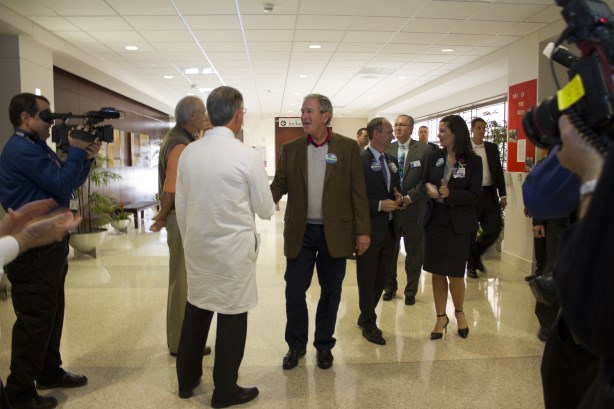 Burson-Marsteller and Texas Health Resources
The First Case of Ebola in the U.S.

In October 2014, Thomas Eric Duncan was the first person to die of Ebola on U.S. soil after Texas Health Presbyterian Hospital misdiagnosed him as having sinusitis. Subsequent events had the global media painting the hospital as incompetent. Within 24 hours, Burson was in Dallas helping the hospital recover. The firm also secured a 60 Minutes segment highlighting the hospital’s "heroic effort" to stop the Ebola outbreak that drew 13.5 million viewers. A notable perception shift was proven when elective surgeries at the hospital returned to pre-crisis levels in December after a 24% drop in October.