It is often said defending the crown is much more difficult than winning it. Weber Shandwick debunks that theory as it claims top overall agency honors for a second consecutive year.

On the one hand, the numbers stand out. Worldwide revenue through August 2015 was up 13.8%, with 12.5% organic growth (without acquisitions). China, Korea, and Brazil grew more than 25%. Business also grew in 12 of 13 European markets, despite a difficult macroeconomic environment.

It won two out of three new-business pitches, retained 98% of its top-50 clients, and 15 of its top-20 clients awarded new assignments.

"Incredible revenue and organic growth," said one judge. "And it’s obvious clients have a strong passion for the agency."

Judges, though, were equally won over by Weber’s culture and tremendous strides on diversity and inclusion.

"Employees love working at the firm," offered another judge. "And Weber’s demonstrated commitment to diversity is obvious."

Its Our Wishes for Baby film drove 9 million views and 650 million impressions for Fisher-Price (the brand’s top-viewed and most-shared video ever).

"Weber is the definition of a game-changing agency," concluded another judge. 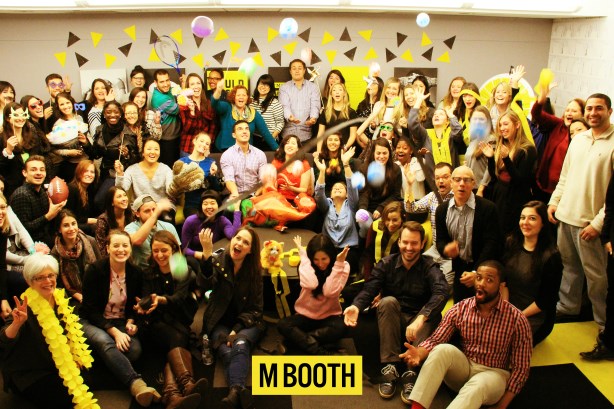 Last year’s numbers impressed across the board: Revenue was up 22.3%, the agency won 23 new clients, and 51 new employees joined the firm, bringing total staff to 131. The M Booth Partnership Innovation team was but one of many specialty practices launched. And clients including Godiva and Campari America were effusive in praising M Booth as an outstanding partner. For the former, the agency’s Game Over, Game On Valentine’s Day campaign increased online sales by $1.6 million. As for culture, one judge summed it up by saying, "This firm seems so fun and innovative. I’d like to work there."