For the first time, an NFL executive acknowledged the link between football and the degenerative brain disorder Chronic Traumatic Encephalopathy on Monday. The league had avoided a connection between the sport and CTE for years, despite scientific studies supporting the idea that repeated blows to the head can lead to the disease.

PRWeek asked five crisis and health communications experts what the NFL should do next.

The league should do three things. First, it should overhaul the rules surrounding training and the playtime protocols around head injuries. Second, it should fund additional research toward prevention and education about CTE and football, as well as other high-impact sports. Finally, it needs to use this as an opportunity to atone through language and actions for its public reticence and denials to date. 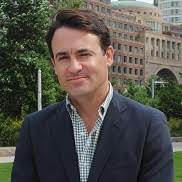 First, the NFL must present a unified front with the clear, unequivocal message that there is an established link between football and CTE. While one league official confirmed this before a congressional committee Monday, the NFL’s subcommittee on long-term brain injury still insists this is not the case. These mixed messages are a clear indication that there is no true leadership on this critical issue within the NFL’s C-suite. That needs to change.

The NFL should also announce it is prepared to pour even more time and resources into innovative helmet technology and overall player safety. The concussion protocol that mandates players miss a certain amount of game action should be strictly enforced and even enhanced according to the recommendations of medical professionals. In addition, the NFL needs to do a better job of supporting its retirees, many of whom suffer physically and psychologically and have, in the past, received a cold shoulder from their former employer.

After his handling of Deflategate and the Ray Rice case, this is an opportunity for Roger Goodell to restore his public image. At the same time, it is the continued denial between the cause and effect of football and CTE that truly threatens his credibility and that of the world’s most successful professional sports league.

The NFL has a trust issue. Acknowledging evolving scientific understanding of brain injuries is a positive start. Learning more about risk is the only way the league can improve safety for players and continue to have parents feel comfortable allowing their children to play football and to spend Sundays watching their favorite team.

Above anything else, the NFL needs to substantively demonstrate its commitment to making the game safer. That has to start with on-the-field changes regarding what’s legal and what’s illegal, and administering much more severe penalties to players who violate the rules. The league has consistently changed the rules over the years to get desired outcomes, whether it was quarterback safety or a more offensively friendly game. When they made these changes, hardcore fans said it would end the game as they knew it, but it didn’t. Neither will taking the blatant head targeting out of the game. Make the necessary rule changes, enforce them, and arm all of your network partners with the league’s zero tolerance talking points and the public will believe they are making an honest effort.

The NFL should view this as an opportunity to begin redirecting the narrative to one of solutions. They’ve acknowledged the problem, the next step is to develop forward-thinking actions that allow them to be viewed through a proactive framework. 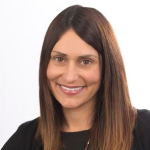 The NFL is following in the footsteps of Big Tobacco, acknowledging the health risks associated with its product only after a massive class action lawsuit. And while cigarettes are cigarettes, football is a game with a set of flexible rules. The NFL has an opportunity – and a responsibility – to change the sport by improving and encouraging safety at all levels of play. That means educating coaches and families involved in youth leagues, investing in better equipment for children in communities across the U.S., funding research and development in the private sector and at universities, and taking another look at its system of on-field rules and penalties.