In mid-2014 it was evident that Florida would repeal its gay marriage ban. Finn Partners advised longtime client the Greater Fort Lauderdale Convention & Visitors Bureau to immediately support the repeal.

The announcement of the bureau’s support garnered positive response and national media interest.

When the ban lifted in Florida on January 6, 2015, the organization asked Finn Partners to create a milestone event within 30 days on a $50,000 budget. Aims included celebrating marriage equality, congratulating the LGBT community, and framing Fort Lauderdale as welcoming to LGBT travelers.

The team decided to host a sunrise wedding ceremony on the beach for 100 couples — both LGBT and straight. "Love is Love" branding was created and stood as a symbol for all types of marriage equality — LGBT or traditional. Judges loved the overall idea and strategy of the initiative.

"Superb capitalization on marriage equality," offered one judge. "A great way to put Fort Lauderdale on the map for destination weddings."

Partnerships were established with Jet Blue, W Hotel, and Cruise Planners. Lance Bass, former NSYNC member, Dancing with the Stars alum, and LGBT advocate, was recruited as the campaign ambassador.

The story was widely covered with 201 unique broadcast hits. President Barack Obama used the #LoveisLove hashtag in reference to marriage equality in May. Visits to the wedding page on the bureau’s Sunny.org increased from 7,741 in December 2014 to 14,753 in January 2015. The agency also reported 15,137% ROI. 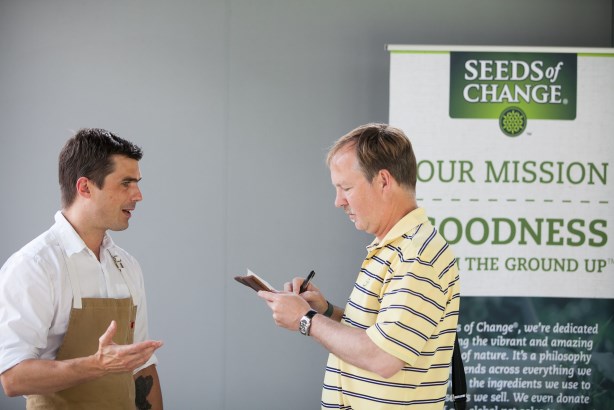 Seeds of Change produces sustainably grown seeds and organic foods. As part of a larger "Save the Flavors" program, Atlanta consumers were led to believe that a local chef would serve a sampling of endangered animals at a blind tasting event. In reality, attendees were served dishes that included Cherokee Purple Tomatoes. The ruse was designed to help convert the passion for endangered animals to plants and seeds and raise awareness about the limited availability of the Cherokee Purple Tomato. Results included 1.7 million-plus social impressions and a double-digit sales increase.