Hispanics outpace the general market by nearly 40% when it comes to purchasing avocados. However, taste, not nutrition, is the prevailing impetus, according to Hass Avocado Board research.

The organization saw an opportunity to build on a strength by underscoring another key reason why Hispanic consumers should buy avocados. Given the product’s premium price, there was a need to tell the nutrition story.

As such, MSLGroup was tasked with devising a creative campaign to generate awareness and increase year-on-year sales to this demographic by 15%.

Research indicated a nine-point gap between "taste" and "nutritional benefits" as reasons cited by Hispanics for purchasing avocados.

Secondary studies revealed diabetes was a key health issue facing Hispanics, but they’re also the least likely demographic to seek medical care. In fact, one in three U.S. Hispanic adults are already pre-diabetic. As such, a partnership was formed with the American Diabetes Association to boost the message.

The use of well-known Hispanic chef Ingrid Hoffmann as an association ambassador led a media blitz that included bilingual SMTs, ANRs, and PSAs, as well as 19 broadcast interviews.

The results were tasty: 63 million impressions within the campaign’s first two months (six times the goal); more than half of visitors to the campaign landing page downloaded materials; and total units/volume of avocados sold in August 2015 were up nearly 27% year on year. 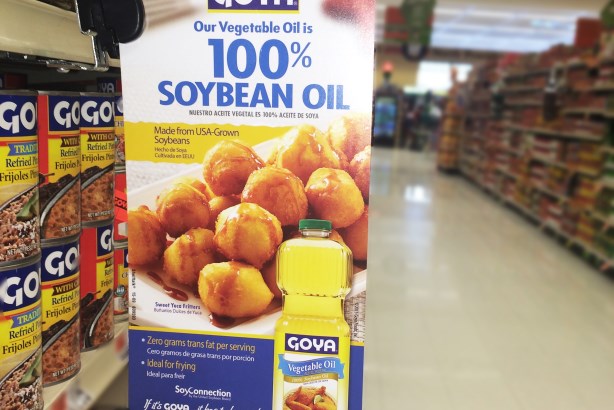 A recent survey revealed 65% of shoppers were influenced by a "100% soybean oil" on-pack message. Most vegetable oils are 100% soybean, but few know that. So the United Soybean Board sought MSLGroup’s help to raise awareness, particularly among U.S. Hispanics. It partnered with Goya, the largest Hispanic-owned food company in the U.S. MSL designed a "100% soybean oil" label that Goya unveiled. A video featuring Hispanic blogger Adriana Martin was key to a broad education effort. A 2015 survey revealed a 5% rise in consumer awareness about soybean oil, while Goya reported a 25% year-on-year rise in August 2015 sales.