Privateer Holdings — the first private equity firm to invest exclusively in legal cannabis — set out to close $75 million in additional funding. But institutional investors’ distrust of the industry stood in the way. Colehour and Cohen helped change that perception by developing a campaign, with a budget of $250,000, to highlight Privateer’s growth, investment potential, and responsible business practices.

Privateer also took advantage in July 2014 when sales of recreational cannabis began in Washington. Its first portfolio company, Leafly, a website and app that allows consumers to review cannabis strains and dispensaries, distributed more than 3,000 free lunches and cards with information about cannabis to the public.

Leafly also placed the first cannabis-related print ad in the The New York Times, resulting in more than 350 media hits.

The coverage generated job enquiries that resulted in Privateer hiring the first DEA agent in the industry, Patrick Moen. His hire was announced with an exclusive story in The Wall Street Journal. It also hired marketers from Microsoft and Starbucks.

Goals were exceeded as the campaign’s original aim was to get Privateer spokespeople included in 200 stories; they ended up being part of more than 5,000. In addition, Privateer’s Twitter following increased by more than 500%.

In March 2015, Privateer closed a $75 million funding round. More than 85% of those who invested in the round learned about Privateer through the news media. 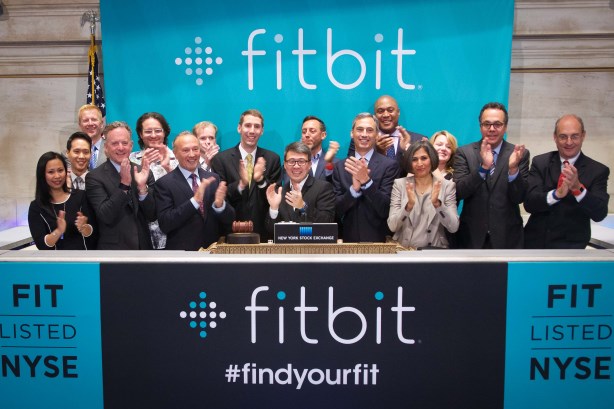 In the lead up to Fitbit’s IPO last June, the company set out to communicate its story in a way that was understandable and relatable. Fitbit leveraged executive spokespeople, including CEO and cofounder James Park, chief revenue officer Woody Scal, and CFO Bill Zerella to tell its story to 21 hand-selected media outlets. Fitbit also "shut down" Wall Street, inviting passers-by and journalists to take part in a public workout led by Fitbit brand ambassador Harley Pasternak. In the end, Fitbit had one of the year’s biggest IPOs, pricing at $20 and opening at $30.40 — 52% above the original IPO price.