"A creative, innovative program that doesn’t rest on its laurels," said one judge. And rest it does not as Syracuse continually adds to its communications course offerings.

For example, the school developed a new online masters-level PR course in research, management, campaigns, and theory that will begin this year.

Judges were also highly impressed with the investments made in the PR program as the school opened a new $18 million HD studio complex with an innovation center for PR productions.

The Newhouse School’s undergraduate job placement rate remains high with 85% of the class of 2014 being employed after six months of completing school. Of the MS in Public Relations 2015 graduating class, about half had positions immediately after they completed their culminating experiences in August 2015. Notable internship placements include Ogilvy in Beijing, through Syracuse’s Study Abroad program, and Bank of America.

Top marks also went to the school’s student-run firm, Hill Communications. It accumulated $16,000 in billings via work it did with clients such as Soulscarf and Be Wise. 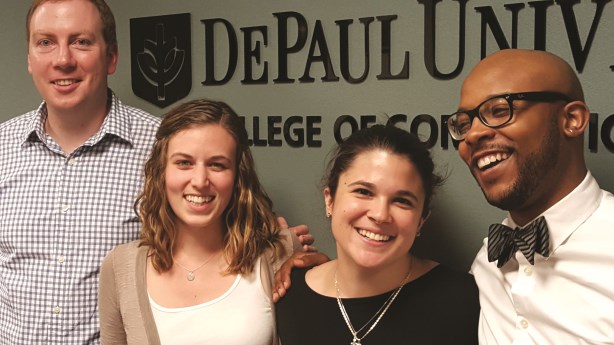 "Consistently excellent and recognized as one of the best in class," is how one judge described DePaul University’s College of Communication. The PR program draws primarily from Illinois, but it has seen out-of-state enrollment increase an average of 15% a year since 2012, now reaching 28.3% of total enrollment. Ninety percent of graduates from the DePaul MA program landed jobs within six months of graduation with companies including Comcast, Golin, and Weber Shandwick, while approximately 10% launched their own consultancies. Guest speakers in the past year included global agency CEOs and political experts.