M Booth and The Macallan
A Rare Opportunity: Leading a Revolution in the World of Whisky

This was "highly targeted, highly efficient, and highly effective." That’s how one judge summarized this campaign, which helped drive a double-digit percent surge in sales for The Macallan — manufacturers of Scotch whisky.

For centuries, one number defined Scotch whisky — its age. Whisky volume was predicted to grow 11% in the next five years, but there weren’t enough older casks to meet demand.

That’s why the brand created Rare Cask, a new luxury offering blended from some of the estate’s best casks. The catch? It didn’t have an age.

With research showing the market for no-age-statement whiskies was less than enthusiastic — 90% of consumers believe age is an important indicator of quality — M Booth was tasked with creating an integrated campaign that drove Rare Cask sales, redefining quality to extend beyond age, and engaging a new consumer market.

Leveraging data that showed 44% of all purchase decisions are influenced by word of mouth and social media, M Booth targeted younger drinkers by relaunching its social channels, with Rare as the driving force.

The campaign hit the road with An Evening of Rarities, which introduced media and trade to Rare in key markets. It also leveraged partnerships with social influencers, who promoted the brand through their digital channels.

"This was off the charts," added a second judge. "It was creative, strategic, and achieved great results." 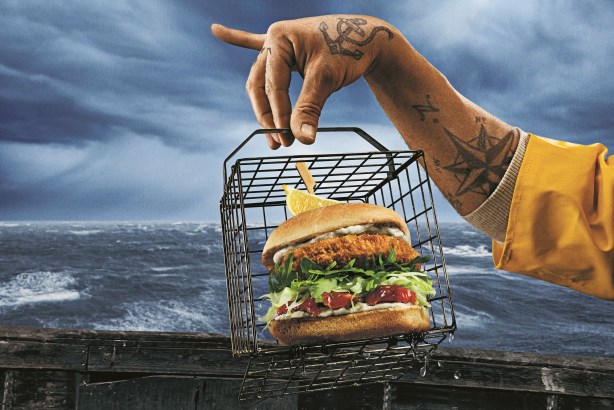 When Red Robin launched its new Wild Pacific Crab Cake Burger during Lent, Coyne leveraged Pope Francis’ likability factor to drum up media coverage for the new menu item by inviting the Pope to eat at Red Robin through Good Friday. If he did, the brand would offer the new burger to guests for free on the remaining Fridays during Lent. The media stunt generated 486 stories and 585 million media impressions. More important, sales of the new burger exceeded forecasts by 20% and Q1 revenue increased 16% over the year prior. "This was a clever use of pop culture," said a judge. "Bold and creative."