This April Fools’ Day campaign was centered on a video announcing a mobile plan
for pets. Its goals included increasing awareness of T-Mobile’s consumer-first attitude and positioning it as on par with Google and other tech companies.

The video shows pets using phones while voiceovers slam competing carriers for "hating puppies" and tout T-Mobile’s points of differentiation — real and even fictitious "revolutionary apps," such as Pet Tinder and Pet Chat.

Judges felt the effort was "clever, fun, effective, and well-aligned" with the brand.

"A great concept in an oversaturated market," opined one judge. "The video included cute and humorous scenes."

"Fun, attention-grabbing," noted another adjudicator. "It capitalized perfectly on an already daring brand. It was believable and convincing when most usually aren’t."

A cheeky blog post by T-Mobile CEO John Legere led visitors to a mock website with the pet-plan offer.

Placement was also garnered in 77% of all best-of April Fools’ Day round-ups in tech and general consumer outlets (the minimum goal was 50%). Tech Crunch even made the Google connection, noting "that’s some Google-level April Fools’ video quality, T-Mobile. Good job."

The video garnered 76,000-plus YouTube views in one day. Moreover, the company donated nearly $10,000 to the Humane Society ($1 for every visitor to the mock website). 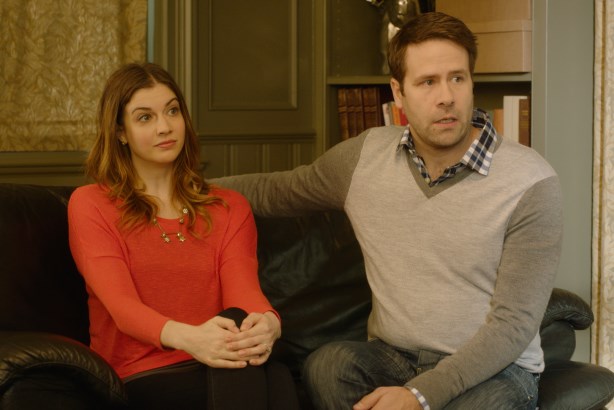 To align Trojan with the movie Fifty Shades of Grey and drive social engagement and sales of the brand’s pleasure products line, Edelman developed a campaign centered on a video of a therapy session in which a couple discusses hilarious failed attempts to spice up their sex life. It was a different approach for Trojan, which typically eschews sexually explicit content. Judges found the video timely, highly relatable, witty, and clever. Results included 3.59 million views (mostly on Facebook); a 35% jump in lubricant sales; and a 70% increase in website traffic (nearly 90% were new visitors) and Twitter followers.