Realizing that the underrepresentation of women in the business world is a missed opportunity — and not just from a social standpoint, but also an economic one — Dell and its AOR PPR Worldwide developed the Dell Women’s Entrepreneur Network.

Created in 2010, it had three primary objectives: position the company as a trusted adviser and advocate; create a global network of women entrepreneurs to serve as brand evangelists in the media and at events; and promote global economic stability by supporting women.

In short, the Entrepreneur Network’s goal was to give businesswomen the resources they need to succeed and to showcase Dell as an advocate, more than a tech company or vendor.

To show it has the back of women entrepreneurs, Dell and PPR launched networking events. Alumnae of the group served as evangelists, while the company developed an online community, including an insights section called "The Scorecard." It also launched an annual conference with an invitation-only guest list of women business founders, CEOs, and execs.

In addition, the company partnered with the UN Foundation to elevate the role of entrepreneurship and job creation. Its online community published weekly content on all social media properties, including Twitter, Instagram, Flickr, and YouTube. It also sent out a newsletter called The Conversation.

The campaign earned Dell positive media coverage with 165 articles secured to reach 681 million people, as well as 8,100 tweets reaching nearly 95 million. The Scorecard appeared in 60% of coverage about the initiative.

One judge lauded the campaign as a "strong multiyear commitment to a vital, new demographic," while another shared that it "made me greatly respect Dell," noting the initiative was "built for real change."

A third judge said it "succeeded in creating brand evangelists, but didn’t stop there. It used a variety of channels to leverage the network it created. Well done." 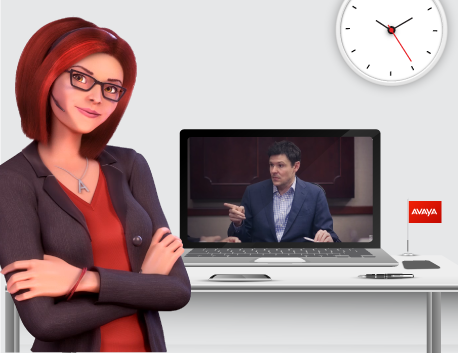 In Silicon Valley, the term "old school" isn’t a compliment. So Avaya, whose reputation was still that of a "conference call company," sought to transform its brand into a 21st century business-engagement company. It created Ava, a quirky but cool persona, with the hope of driving awareness of Avaya as an interesting brand and to humanize the company as an organization that helps businesspeople get things done. A key part of the effort was the Stuff Business People Say video series, created with YouTube stars Tripp & Tyler. The campaign led to a 244% traffic increase to Avaya.com and an 18% conversion to product pages.