Many of the world’s most effective communications professionals would probably fare equally well in the diplomatic corps, and indeed that is the profession Aldo Liguori had always intended to pursue.

Known to his family as "the ambassador" as a young man growing up in England, the Italian became sidetracked by Japan. He fell in love with the country during a gap year and went on to spend a year studying the language at Tokyo’s Sophia University.

He later went on to Georgetown’s School of Foreign Service, but his interest in Japan remained strong, and it was while at university that he befriended the person who would change the course of his career: Mitsuru Ohki, then Sony’s head of PR in the US. The friendship led him to apply to Sony as a trainee.

Liguori joined Fast Retailing four-and-a-half years ago. The company, whose headline brand is Uniqlo, can be seen as one of Japan’s most progressive, whereas Sony is often criticised for its missed opportunities.

But it is the lessons from his experience at the electronics giant that have propelled Liguori to where he is now.

Companies staffing their communications departments today can also learn from Sony’s approach. For although Ohki, the PR man, helped Liguori get a foot in Sony’s door, Liguori did not start out in PR as he had envisaged.

"You don’t know the heart of the company, so you can’t be a spokesperson," his superiors told him.

His training began in the factories and included a four-month stint working at the company’s R&D centre in Sendai. But Sony still didn’t think he was ready to speak on its behalf.

Instead, it handed him a marketing role that involved working at different locations around the world and giving training sessions to dealers.

It was not until 10 years after joining — and a hiatus of nearly four years at a different company, a chip manufacturer called Tecdia — that he finally received the offer of a European PR role in England from Ohki.

Such immersion in a company’s business with a view to communicating more effectively "is still not common today and yet is important", Liguori says.

"When I moved to the UK, one of the first things I needed to was understand the products, but I’m not a cameraman so I went to the BBC and made the rounds" with people using Sony’s equipment.

Of course, clothes are not as complex as studio equipment. But given Uniqlo’s ethos of making high performance wear available to the masses, its product lines are technical nonetheless.

Upon joining, Liguori set himself deadlines to get up to speed with the products he would be talking to the media about. "In my mind I had two months to learn everything about Merino wool, for example," he says.

There was much more to do than that, of course. Fast Retailing’s communications department was a black hole, with no global leadership team, no archives and no internal communications portal.

With a partner who had joined from Panasonic, Liguori set one up "out of necessity" as one of his first priorities, with the aim of ensuring offices around the world are on the same page or at least able to communicate with minimal difficulty.

Structure: media relations as important as ever

But, crucially, Liguori has the autonomy to deal directly with anyone he needs to within the organisation.

"Flat is important because speed is important," he explains. "Another important point is that we must all roll up our sleeves and jump in. It’s not management by decree, more about how to help." 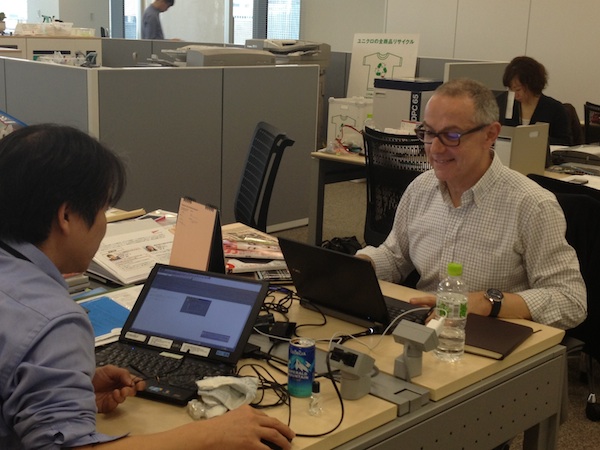 From Fast Retailing’s Tokyo headquarters, Liguori manages a team of around 10 people. Half his time is spent on the Uniqlo brand, which accounts for the bulk of the company’s revenues.

He makes a point of alerting Yanai to stories in the media that might be of interest, not just those about Fast Retailing’s brands.

Much of his time is taken up with brainstorming and refining strategies, but for such a forward-looking company, maintaining strong relationships with the media is still surprisingly important.

"I’m a big believer of going out to meet and spend time with reporters," he says.

Of course, it’s impossible to know everyone, and arriving at Fast Retailing HQ to conduct this interview, PRWeek found Liguori in the middle of dealing with an apparently troublesome enquiry from a reporter he was unacquainted with. Building strong relationships can minimise conflict, among many other things.

"I say to the Uniqlo PR team: don’t focus too much internally. At minimum you need three to five contacts with the media a day."

Like any major organisation, Fast Retailing faces its share of ‘issues’, even if full-blown crises are rare. Knowing how to react is essential.

Liguori says guidelines and procedures are reviewed twice a year, but one of the most important things is to have an up-to-date list of key internal and external stakeholder contacts immediately to hand should an incident arise.

The company does not employ crisis simulation and focuses instead on creating clear lines of communication. "The key is to stay calm," says Liguori. "But if I gave the impression that it always goes smoothly, I would be lying."

Threats that might not appear to affect the company directly nonetheless become the domain of the comms department.

When Paris came under attack from Islamic State terrorists last year, the team spent the weekend "glued to the phone and email" to monitor the situation and share information internally.

Then there are undesirable events closer to home, such as a couple filming themselves having sex in a Uniqlo shop changing room in Beijing.

Speed of response is important, but rushing to put out a definitive statement before having a complete picture is not advisable, Liguori says. 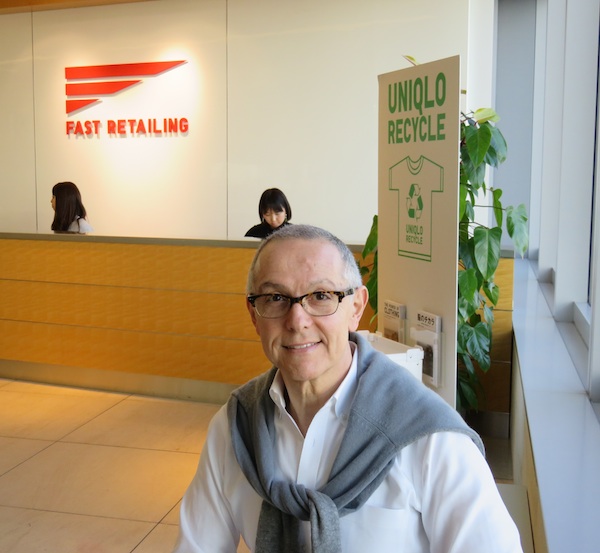 "Before we can do anything, we need to know the facts. We encourage colleagues to provide as much information as possible. The facts are not always obvious all at once."

Typically, the company puts out an interim statement while a team member monitors the spread of coverage and commentary online. It then updates the statement accordingly.

Once the facts are established, Liguori says, that statement does not change. In the case of the changing room incident, "we did not respond to each request. We just gave that one official comment, then we were very consistent.

"The issue was small, but it doesn't take much time to go much bigger and go international. Typically, crises shoot up, remain crises for 24 or maybe 48 hours, then start to tail off."

Liguori has never worked in the agency world, and while he respects agencies as partners, he does not hesitate to spell out areas where he believes they can improve.

One typical characteristic he has noted throughout his career (though not pertaining to Burson-Marsteller, the company’s retainer agency, he says) is lack of transparency when it comes to media contacts.

"They want to be very protective of their contacts but they forget that we pay them," he says. "One thing they should be doing is introducing."

He would also like to see more ideas through collaboration.

"What’s also lacking is the opportunity for more brainstorming — creating a team with [our] in-house [staff] and coming up with suggestions, working and approaching things together — not just saying, ‘here’s a proposal. What do you think?’"

The third point, he says, is that agency people are simply spread too thinly. "They need to handle many accounts, and that means they tend to be superficial and [unable to] change gear when we want them to.

"But as in-house people it’s also our responsibility to train and to brief the agency. Should we be more creative? We also need to find out what’s lacking, what we can do to help them. Don’t they understand our business or our products [for example]?

"For me, the PR agency needs to be much more than logistics handlers. We must see them as an extension of our team, but my belief is that the client needs to lead and manage the agency, not the other way round," he says.

"In my experience, I’ve seen in-house people say ‘off you go — come back with a proposal’ without proper briefing or clarity of strategy. Having said that, I’ve seen agencies that have had an account too long and become complacent. They need to be kept on their toes."

Liguori seems to apply the same principle to himself. Turning 60 this year, he urges peers who might be considering retirement to "keep at it, if you’re passionate and have enough energy".

In particular, he says, "keep an eye out for mentoring opportunities. I think it’s really important to mentor."

To those just starting out, he advises "in-house before agency". "I think you understand more about how the company works, and that gives you the confidence to represent that company," he says.

"Then if you go to an agency, you’ll understand from the client perspective what’s important."