Why change the magazine and go nude-less?
It was a long journey. We made it safe for work online and saw a huge spike in traffic to the Website.

We did focus groups and research and asked what people like about the brand: Nudity wasn’t top of the list. At first, I thought how in the world is that going to work? But Playboy didn’t even show full-frontal nudity until the early 1970s - it was 20 years before we went nude. 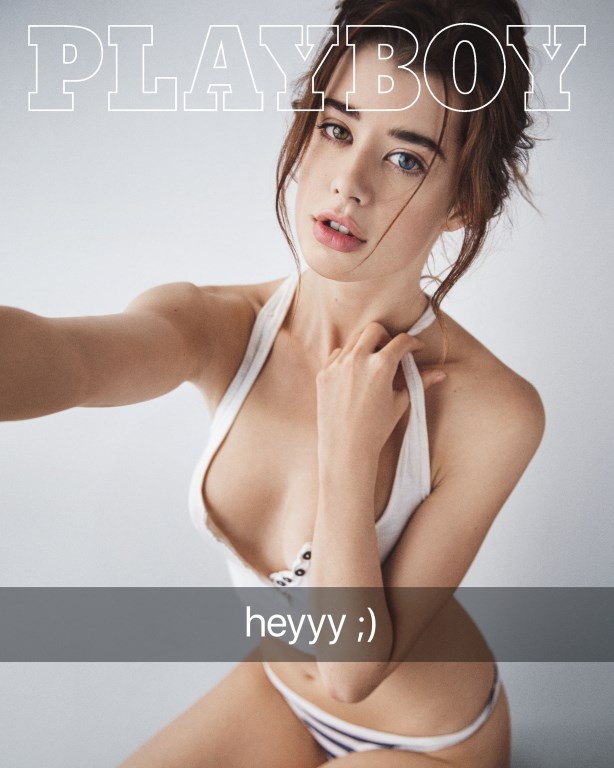 Before that the magazine was very suggestive, and [models] were topless, but it was also very sexy. We can return to that and recalibrate. The concept of nudity now is much different, but we’re being judged by 1984. Playboy gets judged differently. People keep an eye on us for sexuality and provocative content - we plan to push up to that line as closely as we can.

What other editorial changes can we expect?
The goal was to de-clutter the magazine. We wanted to slow the pace; we can’t keep up with the hyper-information of the Internet. We want a cleaner, more curated experience.

Playboy has been around for so long, but the ideal reader is engaging on social media. It’s the 25- to 30-year-old guys out of college in his first career job. He has a little money; he can travel; he might need to buy a suit. He likes to read new fiction but listens to hip-hop and goes to dive bars. He’s a cultural curator. We will guide him to the best bottle of tequila, blazer for the fall, best graphic novel, video games... Playboy’s strength is being the magazine that engages on all levels.

What will stay the same?
The DNA of Playboy will not change. We challenged some notions of how we do the Playboy Playmate. When you tear it down, you realize how strong the DNA of the magazine is. We want to keep reporting on fringes of sexual culture. I don’t know another magazine with the authority to weigh in on those issues. We’ll always have fiction. We still have the Playboy interview - that will move between entertainers and thought leaders. It’s a culture magazine that includes politics, entertainment, and sports in a package.

Do you compete editorially with men’s magazines?
They don’t do what we do. I respect those magazines, but it’s like a catalog with a celebrity on the cover. We’re more engaging and culturally relevant. We’re much more of a culture magazine.

What topics interest you most?
I want to engage in politics and have a political column every month. We have a lot of stories coming up on Syria and Afghanistan. With everything going on in the Supreme Court in an election year, we’re going to focus on sexual freedoms, First Amendment rights.

Playboy is more relevant than ever because we fought those battles for decades. Playboy challenged anti-sodomy laws. We helped fund Roe v Wade and access to birth control. Those battles are the pillars of who we are. The Supreme Court will hear abortion cases this summer, and that’s very scary.

Will you appeal to a younger demographic or women?
Yes. We’ve gotten positive feedback from readers who see changes but recognize the core DNA is still there. Compared to Playboy a year ago, the March issue is reshuffled and repackaged, but it’s there. I made it a real mission a few years ago to bring in more female writers. Most hadn’t thought of pitching Playboy. We weren’t front of mind for them, being in a poly bag. We have a Playboy advice column. It’s bylined and we have a woman writer.

How did the editorial staff prepare for the magazine changes?
Everybody was excited for the challenge. We all liked the core of the magazine but thought we could present it differently. We met every day for months and fought it out. It’s organic, and we’re still fighting a lot of that out. Everybody wanted a chance to visualize how this magazine would be built with the same ideas behind it. We’ve always had top-notch writers.

How will you grow subscriptions?
Early reports suggest it’s selling on newsstands. We are at the Barnes and Noble cash register. A lot of it is just being in front of people. I’m thinking about May and how we keep it going. The visibility and redesign will sustain the momentum.

We have a large female fan base. We did take "Entertainment for Men" off the cover. We won’t run things about "How to trick a woman into having sex with you." We are an extremely sex-positive place. Women respond to that. We discuss issues from all sides.

What have been the most popular and compelling articles over the history of the magazine?
For me it’s always the Playboy interview. That’s the lynchpin. It’s the first feature. It’s iconic. It’s difficult to do one that lives up to the legacy. We recently had Dick Cheney. We’ve had Martin Luther King, Jr. That is the center and what I obsess over in the magazine. You want it to be the hallmark, the most honest and deep conversation. It’s the longest interview in any magazine I know, and I spend a lot of time sweating over it. Miles Davis was the first Playboy interview.

What was your favorite article?
I love the interview with Gary Gilmore. He was sentenced to death and his story was the center of Norman Mailer’s The Executioner’s Song. Gilmore did not want a stay of execution and had to sue. It’s scary and very telling. It’s a wild read.