The report surveyed 1,000 UK participants, and broke down results into categories ranging from the retail sector through to social media.

Asked about individual websites, Amazon had the highest approval rating in any category, with almost half of respondents choosing it as their most trusted source for online purchases. Public institutions such as the BBC and NHS also ranked highly and Google featured on the list twice. Tinder was labelled as the site with the lowest trust rating. 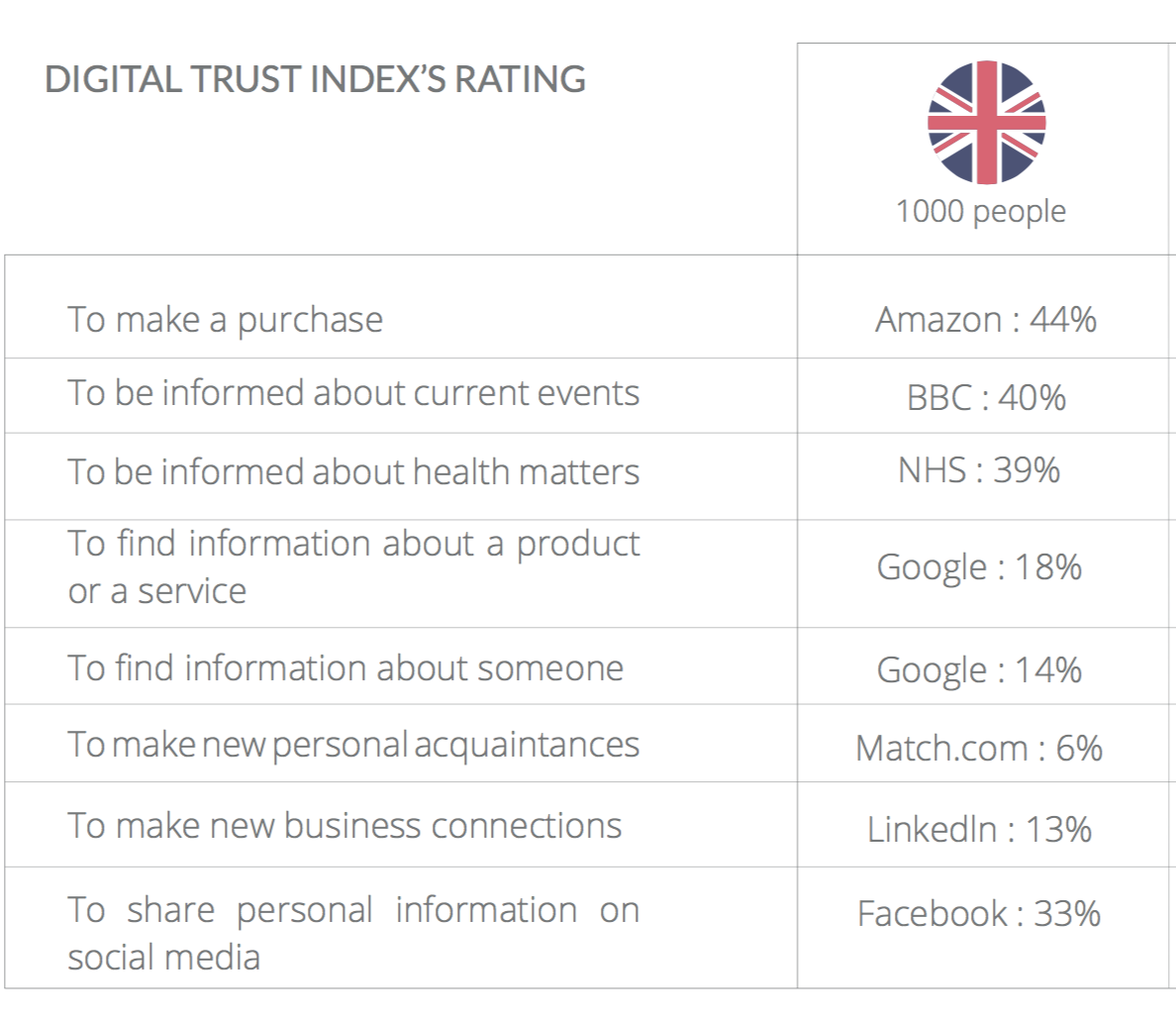 Looking at the internet as a whole, the report concluded that the overall trust level of web users in the UK was still a point of concern with an average trust rating of 54 per cent.

Eliott Maidenberg, MD of Jin Digital Influence UK, said: "UK economic growth is closely tied to our digital activity. According to a study by Boston Consulting Group, the UK digital economy accounts for £180bn in the country’s GDP. But how is this to be sustained if this medium fails to earn the trust of its users?

"To help build trust, organisations should work on a number of areas such as seeking to gain their online industry certifications, gather and publish user recommendations, collaborate with influencers and strong web design."