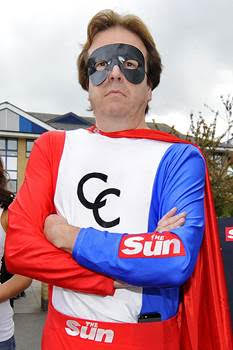 Spanton has been with the paper for nearly two decades, and has taken on challenges including eating the world's hottest curry and attempting to break the world record for eating Ferrero Rocher.

The Captain Crunch identity emerged over a decade ago, but Spanton has ceded the role to Mrs Crunch in recent years.

It was not immediately possible to confirm with The Sun whether further redundancies were taking place.

Spanton said in an email sent to contacts and seen by PRWeek: "I very much want to put on record my thanks to everyone who has helped me in my work over the years - over the decades, even."

Spanton told PRWeek he had no imminent plans for his next move, and would be taking stock of his options.