Time and money: two things any organisation can always do with more of. The ability to do more things better tends to grow exponentially the more you have of either or both of these precious commodities.

Unfortunately they are mostly found lacking, with organisations increasingly have to do more and more with less and less, particularly smaller players.

What’s more, that becomes even more the case when dealing with organisations that don’t necessarily have a product or idea to sell, which essentially trade on people’s good will and conscience to exist and do their work.

Such is the nonprofit world for many of its inhabitants. While there are some global institutions with money to spend, they are rarities among the plethora of smaller organisations supporting a cause on shoestring budgets.

A key part of their function, as with any company, is being noticed and attracting support by getting their message out. The trouble is, they don’t often have the means to achieve this on their own. 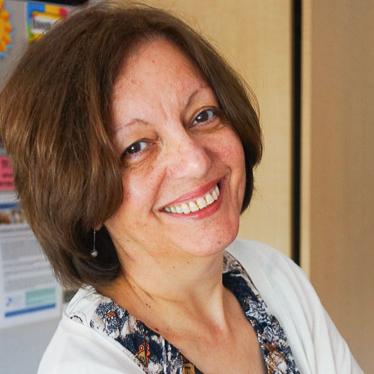 This is where PR firms enter the fray, and offer opportunities and support for nonprofits to be heard among the cacophony of noise vying to grab consumers' attention.

There are strong similarities doing work for social enterprises as with working for business, but the differences are where the work presents its biggest challenges, and opportunities, both for the nonprofit and the PR agency.

"The biggest difference in working for a nonprofit is that you truly have to believe in the cause," says Prema Sagar (pictured), vice chair of Burson-Marsteller Asia Pacific and principal of Genesis Burson-Marsteller.

"Only when you do that can you spread the word for them. A nonprofit is about people and communities, not products. It’s a more human experience. The connection, therefore, is at a much deeper level."

From the ground up

Most PR work for nonprofits is largely dependent on the size of the organisation. Larger NGOs that have a comms unit up and running require less direct involvement.

Across Asia, for the most part, agencies are advising smaller organisations which more often than not require significant comms help. 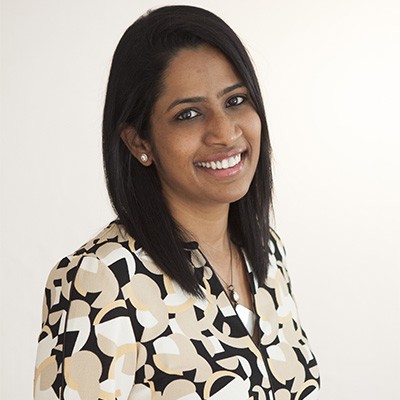 "The biggest reason is that most of them don’t know how to go about communications and look at it very myopically. We have to bring in senior resources or cause-specific consultants to advise and drive programmes hard for the desired impact."

This is often because of resource issues, meaning nonprofits, even established ones, don’t often have a dedicated comms team; it falls to a couple of people for the most part.

Amra Naidoo, head of corporate partnerships and media relations at the UN Women Singapore Committee (Unifem) says its in-house comms team fluctuates based on its campaigns.

The core staff is just one or two; that will grow to just three or four when things heat up.

"We would not be able to do what we do without a strong team of dedicated interns and volunteers," she explains.

While this dedication is admirable, it does not often come with the top-level PR expertise required to get campaigns off the ground, hence agencies stepping in.

"We welcome any type of support from PR agencies!" Naidoo jokes.

Even the larger organisations are open about the fact that they will take all the help they can get. 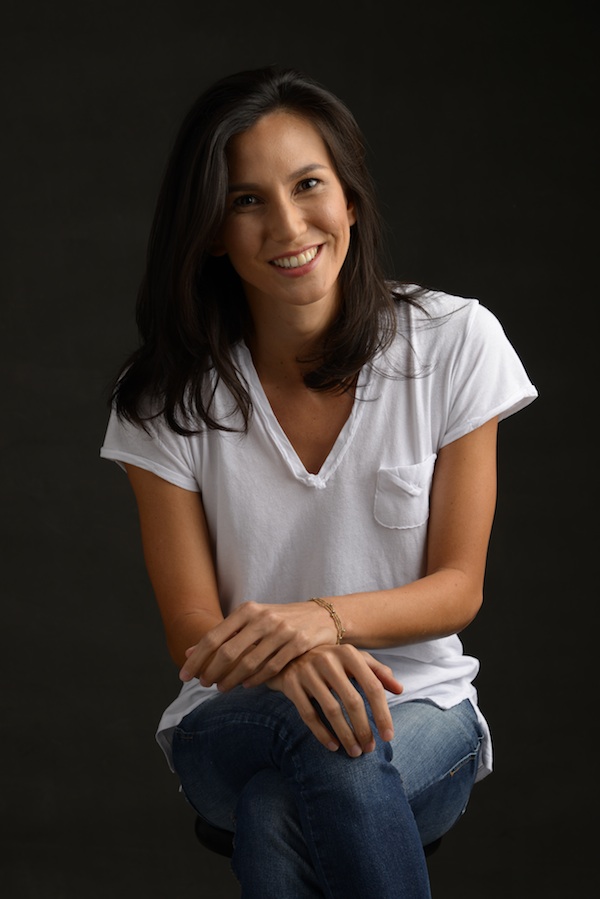 Zhang Tingjun (pictured) is executive director of Mercy Relief, Singapore’s leading disaster relief agency. Zhang’s comms team of eight sounds very large, but most of them are doubling up with other responsibilities.

The charity’s focus is providing aid in disaster scenarios, and any PR agency support must be as quick, agile and responsive as Mercy Relief is when it leaps into action.

"We like working with agencies that can be a natural extension without a lot of handholding," she says. "We need them to understand our sense of constant urgency, to be able to achieve small and large wins, be purposeful and be clear on actions and outcomes."

This level of support asks a lot of firms in a very short time period. As such, while agencies do carry out some pro bono work for nonprofits, more often they offer discounted rates or volunteer their staff to work on matters for a certain number of hours.

Equally, it is no surprise that Mercy Relief casts it net wide for comms support, as do almost all nonprofits.

The charity has a media engagement retainer with local agency Blackdot; has engaged Edelman, which volunteers professional time to help on corporate partnerships; and recently had The Brand Union design a new logo, brand voice and website.

Without help, in Asia as in many other regions, campaigns can be quickly forgotten in such a fast-moving comms world.

"There is definitely room for improvement. Some of the campaigns by NGOs that I see in Asia can seem rather dated," says Laura Tyson, senior vice president and head of public affairs at FleishmanHillard Hong Kong.

She explains how PR agencies can help in more inventive, lasting ways too. As part of its work for the Asian University for Women in Bangladesh, Fleishman will provide an internship for the university’s newly appointed comms person.

"We try to be tactical and use our skills to enhance their own capabilities as much as possible," she says.

The aim of all of this comms work, of course, is to get people to donate to nonprofits and support their causes financially.

With more people identifying with causes, particularly millennials, the opportunities are growing and social media has proven to be a game-changer.

But as anyone who has worked shaking a bucket in the street trying to get passers by to drop a few coins in knows, the critical thing is the way in which you appeal for donations.

Finding the right balance is a constant challenge.

"If you are too obvious, it can put someone off and if you are too subtle, your message is lost in the sea of causes screaming for attention," says Sagar at Genesis BM, which currently manages comms for the Public Health Foundation of India.

As with many brands and corporates, the key is building trust with consumers, and this is perhaps even more important in the nonprofit sectors.

Pinto says: "For nonprofits it’s about the cause. Either you believe in it or you don’t. The communication has to be compelling enough for the money to come in.

"That is critical for raising support, with transparency and credibility."

Transparency in where people’s money is going is vital, as is having content that clearly explains an NGO’s cause, its delivery methods and its outcomes. 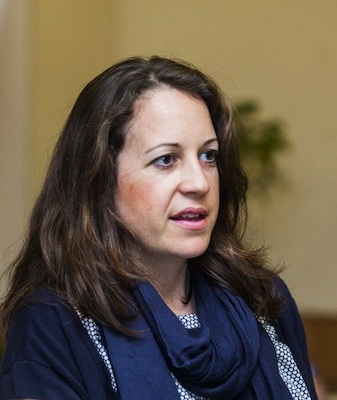 "You need to make a clear case for donations, ideally clear enough that there is no need to have to ask the direct question," says Tyson (pictured).

Agencies work closely with nonprofits, as they do with corporates, on finding an authentic narrative to their communication, only the message has to go deeper in the charitable sector.

"It is about accountability and giving people a real reason to care and a platform to contribute," says Zhang at Mercy Relief. "That should be the starting point, not just the messages."

Sometimes, this can be easier than in the corporate world, Tyson explains, because nonprofits "have richer stories and a looser reporting structure, which means they are more willing to try something new".

The difficulty is that nonprofits are still competing for the same dollars that corporate brands are, and it is all too clear where most people would rather spend their money.

"People want to do good. Having said that, I agree, shiny new products give tough competition to a warm, mushy cause," Sagar admits.

"You have to just keep at it and reach out to people who understand the joy of giving. We have a long tradition of giving in the region and it’s an inherent part of our lives." 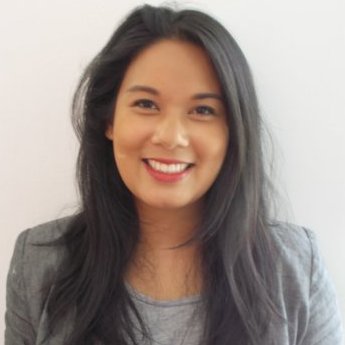 The other side of things, which has taken off hugely as CSR work has exploded, is getting donations from companies, mostly through corporate partnerships.

This can often be the lifeblood of many nonprofits, and getting the right tie-up with the right brand can be extremely potent in attracting more consumers to a cause.

Naidoo at Unifem (pictured) says the NGO has "a very strong supporter base which cares about our cause and actively support brands that do the same", so partnering with like-minded companies is crucial.

She points to Unifem’s longstanding relationship with Weber Shandwick over one cause, Project Inspire, in partnership with MasterCard.

These partnerships can, in turn, lead to innovative new avenues for comms and outreach.

"With limited resources, we also rely heavily on media partnerships and are beginning to work with grants specifically for online advertising to increase our reach," Naidoo explains.

Pinto, at Weber Shandwick, says this is a key function of PR agencies’s work with nonprofits: helping them advocate their issues to drum up government or business support. 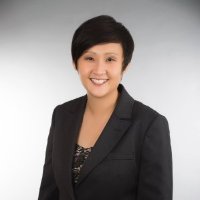 "Keeping them engaged with the work of the nonprofit is extremely critical to keep the flow of funds," she says.

"Every investor wants to know that the funds are used in the right manner and the impact they are generating."

The benefits run both ways too. Amanda Goh, CEO of Edelman Singapore (pictured), says trust in business wanes these days when there is a lack of social purpose, according to the latest Edelman Trust Barometer.

Only 64 percent of surveyed employees working at brands not engaged in societal issues would recommend their employer. That figure jumps to 89 percent for those companies that do engage.

"With the pressure on business to solve societal problems, there is an opportunity for NGOs to partner with businesses to drive real change," she says.

The key is getting creative in all aspects of nonprofit PR work, from campaigns themselves to helping NGOs manage and improve their comms skills.

The lack of time and money is a daunting prospect when trying to manage a comms strategy, but one that many PR execs say is exciting and fulfilling.

"Nonprofit work often allows us to be at our most creative," says Tyson at Fleishman.

"We’re thinking about things not in our usual day-to-day work and we’re working with people who have a different mindset and are open to trying new things."

There is inherent excitement in taking calculated risks, but they more often than not have to pay off, given the constraints on resources.

Sagar says: "It’s a continuous startup situation for nonprofits. Because the funds raised go into the cause, as comms counsel you have to make sure the ROI is high."

This again calls for creative thinking, often in high-pressure environments. But when the work pays off, all PR execs say the feel-good factor takes some beating.

"Creativity is the need of the hour," says Pinto. "There are so many causes and so many avenues, so it is extremely critical to create content that stands out, disrupts and breaks new ground.

"Having said that, the gratification and fulfilment of the work is extremely high. We have to feel good about the work we do."