Change Please is a new coffee brand backed by The Big Issue and social enterprise coffee shop Old Spike Roastery to train homeless people as baristas operating their own coffee carts and pay them the living wage so they can earn enough money to get off the streets.

The organisation drafted in Speed Communications to raise awareness of the product last year. Change Please realised the scheme would only work if the coffee itself was seen as really high quality. People would not repeatedly buy poor quality coffee just because it was for charity. 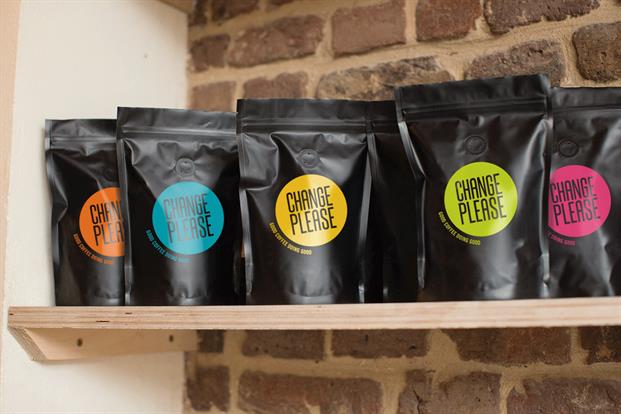 The coffee from Old Spike Roastery is sourced from all over the world and roasted at the shop. 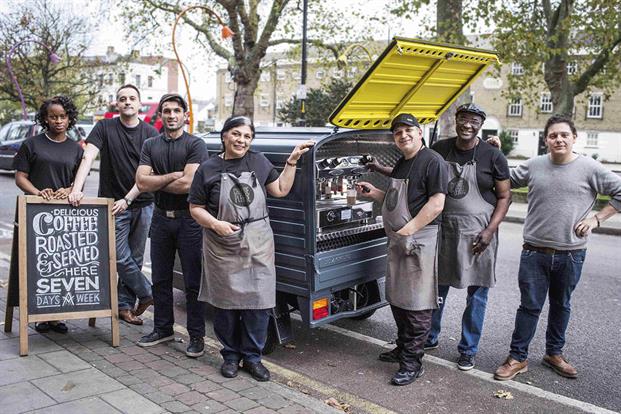 The scheme launched with just eight carts in central London. Working with FCB Inferno, Speed Communications was chosen to create a consumer campaign emphasising the quality of the coffee, not its charitable provenance. 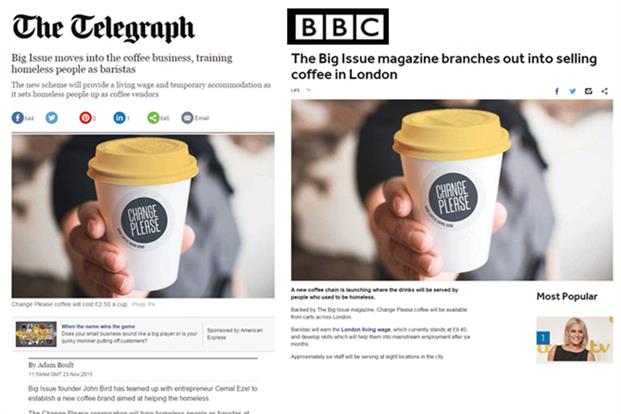 Speed created a conventional media drive to amplify the Change Please name and stimulate consumer demand. It wrote a release and sent it to major media outlets including the BBC, ITN and national papers. The launch was covered by the BBC and ITN London News, The Times and all the quality nationals, as well as online publications such as The Huffington Post.

Before the November launch, online coffee sales from Old Spike averaged three bags a week. After the PR campaign this increased to 457 a week.