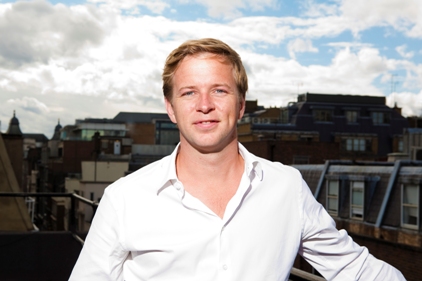 Henry Chappell, CEO of Pitch gives his thoughts on Super Bowl 50
The NFL's golden anniversary event in the Golden State was always going to be the bomb, and especially so with the game being played in the brand spanking new $1.2bn Levi's Stadium in the heart of Silicon Valley.

What you very rapidly realise when you are in a city hosting a Super Bowl is that the actual game itself is almost incidental to just about everything else. With a massive fan park taking over downtown San Francisco, endless consumer brand activations, parties throughout the week, corporate functions taking place all over the City, and not to mention the half-time show, this is so much more than a sports event.

You also realise how great the NFL is as an organisation. The overall event production is off-the-charts good, and its commercial capabilities are gold standard.

It makes more money per minute of sporting action than any other sports property in the world. One of the keys to its success is having every US TV network as a partner. One way or another they are all paying the NFL top dollar for their content.

And everything the NFL does is sponsored, whether it be the Verizon Super Bowl City, the Fan Energy Zone powered by SAP, or the NFL Fan Experience driven by Hyundai. And with Doritos, another NFL brand partner, flying a squad of planes over the Levi's Stadium prior to the game to create Paddy Power-style messages, the NFL even succeeded this year in getting the sky to be sponsored.

But it is not the only one making a mint out of the Super Bowl. With brands queuing round the block to get a piece of the action, and a US TV audience of 115 million people to try to engage with, the Super Bowl has become a massive pay day for actors, celebrities and an American Football sized squad of music talent.

Of course, there's the legendary Pepsi half-time show, which has become more massive than ever, this year mashing together a trio of top talent. American TV was dubbing it the Beyoncé Bowl after her show-stealing performance. Only Queen B could pull off the trick of performing a new song, and killing it.

And maybe only Chris Martin could just about get away with dad dancing next to Bruno Mars.

More so than ever, probably because of social media, the half-time show is an unrivalled commercial and marketing platform for the biggest music artists on earth.

But that is just the tip of the iceberg of the musical talent being paid truckloads of dollars to be on show over Super Bowl weekend. At various mega parties for sponsors and TV networks, performers included Maroon 5, Red Hot Chilli Peppers, Alicia Keys and Metallica. Even Seal got a booking.

And it's not just the music stars who must think of Super Bowl like Christmas. This year's selection of ads delivered a multimillion-dollar bonanza for Hollywood's finest, with the biggest ever roll call of celebrities scoring big in a record number of Super Bowl TV commercials.

Let's hope the former was more effective. Ryan Reynolds was omnipresent in Hyundai's campaign, and celebrities seemed omnipresent in almost every commercial on US TV, whether it was Jeff Goldblum for apartments.com, Seth Rogan and Amy Schumer for Bud Light (again), or Steve Tyler, for Christ's sake, for Skittles. The irony, if the Americans get such a thing, is that the winning campaign according to the immediate post-game reaction on social media didn't feature a single celebrity.

Instead, Heinz's cutest wiener commercial starred a stampede of adorable dachshunds, proving once again that while celebrities might get you some attention, people much prefer animals.

In the @HeinzKetchup_US #SB50 ad, the dog who makes the leap into Ketchup’s arms is named Archie. #admeterhttps://t.co/W4mIQMeS1W

Finally, one of the big positives I noticed in San Francisco, which has to be a result of the NFL's equal focus on sport and entertainment – and I'm sure also because of the great fan experience within NFL stadiums – is that there was an almost equal split of men and women in attendance at the Super Bowl.
Which is maybe why it's such a great party to be at.