Flack's interest was piqued by mainstream press reporting this week on the (not very new) news of Scottish agency The Big Partnership's management buy-out. A few paragraphs down in most news stories about the deal – just as in the press release from the agency – came the revelation that the firm "actually concluded the deal in the summer of 2014".

Co-founder Neil Gibson explained to Flack that this 18-month delay was to allow the new part-owners to get their feet under the desk and settle in, and because as a private firm, they weren't obliged to make an announcement. This would only have been made public when they filed accounts at Companies House the same week.

With Gibson also saying the business is now hoping to expand further into England, Flack imagines he and colleagues will eagerly await news in March 2017 that – being 18 months on from the Scottish Independence Referendum – Scotland is still part of the UK.

Flack was at Freuds this week as the agency helped launch Toast, a beer made from surplus bread, the brainchild of food waste and hunger charity Feedback.

Tristram Stuart, the charity's founder, gave a speech including sobering anecdotes and statistics on the amount of bread and other food products wasted, saying: "This is a colossal problem, and if there is a solution that involves drink, and toasting yourself and the end of food waste, well that is a cracking idea."

He mentioned that Feedback "runs campaigns in every continent save Antarctica on the issue of food waste" - Freuds has shown international intent this year with the acquisition of US agency Brew PR, but Flack wonders if even they might consider Antarctica a bit out of reach.

Stuart has been working with Freuds thanks to his position as an Ashoka UK fellow – part of a global network of social entrepreneurs created by pioneering American Brill Drayton. A good initiative no doubt, but Flack couldn't help but raise a smile to note that another UK fellow is none other than beleagured Kids Company founder Camila Batmanghelidjh. 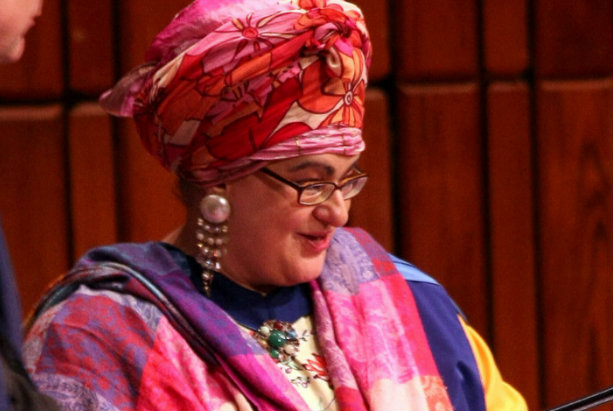 Here’s a generous leap year offer from PR shop Unity. To mark the fact we’re gaining a day this month, the agency is giving away one day’s consultancy – brands must pitch their brief or problem to leapyear@hellounity.com before 20 February for a chance to win. Gerry Hopkinson, Unity co-founder, said: "We’re all about increasing happiness and wanted to use this year’s extra day to do just that for one lucky marketing director." Who could argue with that?

House of Fraser was mocked this week after it tweeted an 'Emojinal' campaign featuring high-profile celebrities – with people questioning whether the brand's social media had been hacked by a child.

Photoshopped images of models Kendall Jenner and Gigi Hadid with a chicken emoji, and One Direction celebrating Harry Styles' birthday with balloon emojis, left the brand's social media followers confused, with one suggesting the account had been hacked by a 12-year-old.

A photo of Kanye West and wife Kim Kardashian with a peach emoji was equally ridiculed.

Flack thinks we should prepare for lots more emoji action from HoF in the run-up to Valentine’s Day. 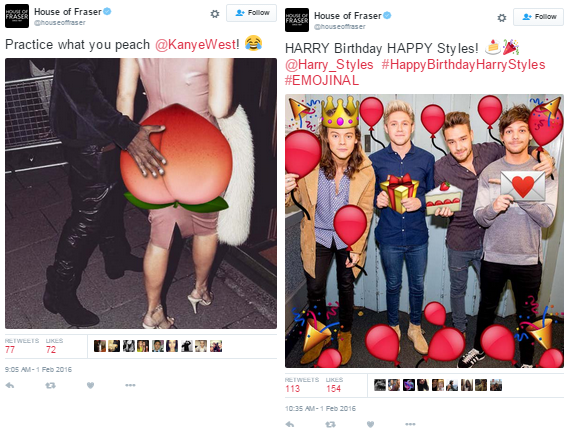 For a brief moment, following the result of the Iowa caucuses across the pond this week, it seemed like The Donald had undergone an image, nay, personality makeover.

The bewigged one appeared almost contrite in the hours following the result, which put him firmly in second place. There followed an uncharacteristic silence. His Twitter feed uttered not a single chirp. Media outlets declared: "We haven’t heard from him."

Until... suddenly the cartoon candidate was back on the air, enthusiastically decrying the result as fraud and vowing to take New Hampshire.

It’s like a light suddenly went out in the universe and then came back on again, only a little dimmer than before. 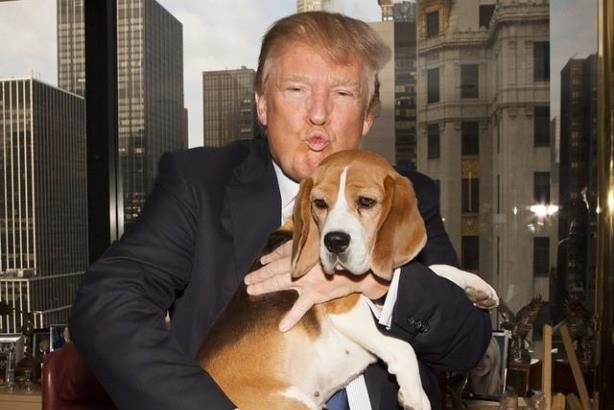