FTI Consulting’s Social Divide in the City report compares social media use among the FTSE100 in 2015 with the previous year, looking at posts the day before, on the day, and one day after financial announcements.

The report – which looks at companies’ use of Twitter, Linkedin, YouTube and SlideShare – names BP as the firm with the most effective social media strategy. The oil giant’s results-related content was engaged with 1,194 times, or almost twice as many times as the content of the runner-up TUI Group. Vodafone is third and Shell fourth in the full rankings, published at the end of this story.

The report says: "One of the reasons for BP’s outstanding performance in our index is the company’s long-term and consistent use of rich media. An overwhelming majority of BP’s tweets and LinkedIn posts contain images or videos, and the company is using specialist image-driven platforms, including Instagram, to communicate with its stakeholders. We expect platforms like Instagram, Periscope and Snapchat to play a bigger role in corporate communications in the year ahead."

It adds: "The benefits of visual content on social media are well recorded. However, an occasional image in an otherwise text-based feed is not enough – a long-term commitment to visuals in the majority of corporate content is needed for a company to truly feel the benefits of images and videos."

The report says there is now a "clear divide between those who are truly embracing the opportunities for engagement online and those who are not".

Another example of the former is Vodafone Group. The report says: "Vodafone shows its peers how to be humorous, relevant and engaging by leveraging a prominent element of internet culture – cats – in the company’s corporate materials. This infographic has been engaged with 524 times on LinkedIn alone, making it the second most popular LinkedIn post in our analysis, behind BP.

"Remember – just because you are talking about financial results doesn’t mean your communications have to be dry." 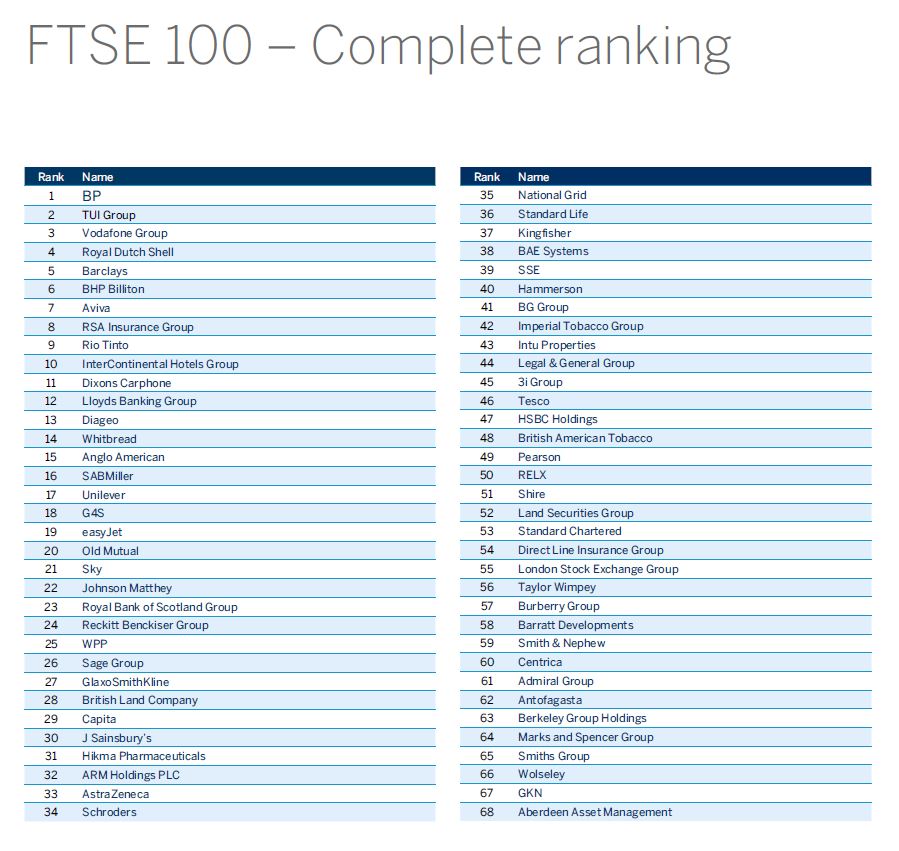