"Chipotle is closing every single one of its locations starting next month," tweeted Teen Vogue on January 23.

The misleading tweet was one of hundreds like it after Chipotle made its latest misstep in handling its food-safety crisis. In perhaps its most embarrassing miscalculation, the company announced in mid-January that was closing all of its stores on February 8, temporarily, to address "food safety" and "outbreaks" with its employees.

The company's own release highlighted that new food-safety procedures were only "largely in place."

With those ill-conceived words, Chipotle further confirmed its inability to get a handle on the protracted crisis. Why would a company keep its doors open if its current food-safety standards were inadequate and the new procedures were not yet implemented?

I can envision a company saying it is "redoubling its efforts" or "reinforcing procedures that are already in place," but to say new procedures are not fully implemented is a big mistake for a company still operating.

Consumers expect and deserve food safety – today – not just some time in the future.

Perhaps the burrito brand was stealing a play from Starbucks. In 2008, the coffee brand's chairman and CEO, Howard Schultz, closed all 7,100 locations for a few hours to discuss "excellence in espresso" and his plan to regain the company’s "soul of the past."

Schultz was rightly praised for his move to aggressively address quality issues such as the scent of its breakfast food overpowering the smell of its coffee. However, Chipotle is facing a major crisis, with hundreds having fallen ill from its food at locations across the country. Starbucks was on the offense as it owned its challenge.

Now is no time for cute tactics. Under the intense microscope of a crisis, each move must be measured and flawlessly executed.

The food chain should have held its all-hands meeting before announcing it; it could have found a way to do it after hours, even if it required rolling meetings by region.

"Last night we spoke to every employee" is a message of leadership. "In a few weeks, we will close all locations to address food safety" is the message of a company that simply does not get it. 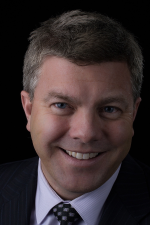