Welcoming @leslieberland to Twitter! She will join as our CMO to help tell the stories of our iconic product!

Thanks @Jack! Excited to join you and the amazing teams to bring to life the power, uniqueness and magic of Twitter! https://t.co/cjlVcCtMjs 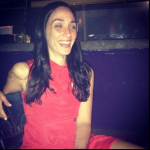 Re/code reported Sunday night that Berland, a veteran of GCI Group and Ketchum, was Twitter’s top choice for the CMO position, with the hire of a PR chief likely to follow. The appointment came after four top executives left the company this weekend, including head of product Kevin Weil and media chief Katie Jacobs Stanton. Alex Roetter, head of engineering, and human resources head Skip Schipper also departed their roles.

Twitter’s stock was down 3.6% on Monday on the news, and it has tumbled 55% over the past year as user growth has also disappointed investors.