Is the #hashtag dead as a marketing tool? 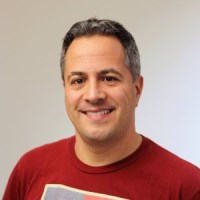 Hashtags have jumped the shark. They have moved from a means of gathering disparate discussions around a topic to a punchline.

Brands often find well-constructed hashtags become the playthings of haters and trolls, while most people use them as a form of Internet humor. It’s time to move on.

Let’s look at the facts. Marketing on Twitter is littered with hashtag #fails (sorry – couldn’t resist). Naïvely, some brands assume a hashtag will guarantee the ability to shape social conversation. Not so.

In 2012, McDonald’s #McDStories became a target for haters, who happily shared their horror stories. #QantasLuxury went live the day after the fleet was grounded, generating vitriol – not the desired brand love. The NYPD’s #AskACop trended nationally, but did so for the wrong reasons. And the less said about Susan Boyle’s #susanalbumparty, the better.

Still, there have been successes. Hashtags can create engagement, categorize discussions, garner clicks. But in a reflection of traditional media’s sense of "if it bleeds, it leads," the vocal minority love finding and exploiting flaws in brand hashtags. We have to work out if the risk of attempting to create a conversation around a core phrase outweighs the benefits. And before we use them, run them past teenagers to see if they can find innuendo (they probably can).
There are other indicators of the hashtag’s demise. For example, Twitter has called the # symbol "arcane," and improved search functions in social networks are increasing their ability to categorize and group conversations.

And brand love for hashtags is hurting this once-valuable feature. The overuse of hashtags is leading to a backlash whereby they are increasingly seen as representatives of brand noise and not compelling content.

There’s an imbalance – brands are hoping people will rally around a strapline versus playing a meaningful role in community-generated conversations. This surely is the key. Listen and join when appropriate. Add value to the conversation.
Realize that success isn’t just in getting clicks but in being relevant. 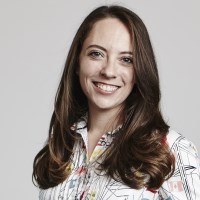 The hashtag has been a befuddling nuance of social media to marketers since the advent of Twitter. What is it? What do we do with it? When do we use it? How can we "own" it? These are but a few of the ever-evolving questions we’ve posed for years. Ironically, consumers – the folks we’re so desperately trying to reach – have always gotten it: The consumer continues to shape the hashtag’s purpose.

I remember back in 2006 when I was first trying to explain to a client what a hashtag was, while still trying to figure it out myself. "It’s a way to categorize conversations," I said weakly.
But it was more than that. It’s a way to understand the root of a conversation and get into the consumer’s head about a topic – is it funny or relevant? All of this can be revealed by diving into hashtags.

But many brands fail to recognize the usefulness of hashtags. They therefore want a reason to write them off: "They don’t work anymore." "They don’t have a long-enough shelf life." These are all things I’ve heard around the industry for the past year.

So let me stand tall and just say it – hashtags aren’t dead. If you think that, then perhaps you are just not doing it right. Hashtags aren’t meant to be owned by a brand or campaign. They are meant to plug you into the consumer zeitgeist and make you more relevant to your consumer, not the other way around.

They are also meant to offer insight into ideas and sentiment you had no way of accessing 10 years ago. An example of jumping on the cultural bandwagon is the #WinTheHolidays campaign. In years past, Best Buy’s #WinTheHolidays is almost what I would consider a fought-over hashtag – brands trying to "own" it (ugh) and consumers talking about how they did or didn’t "win" the holidays.

But Best Buy understood that, yes, people want to win stuff, and by employing the double-meaning of win, Best Buy cemented itself in consumers’ minds. Haven’t we learned by now that things don’t die – radio didn’t kill the concert, the Internet didn’t kill TV. Things evolve and survive. Just like good marketers. #LongLiveTheHashtag.

PRWeek’s View: Hashtags aren’t dead yet, but a lot of brands have misused them and others have just been unlucky. Hashtags are one the most uncontrollable aspects of marketing, much to the chagrin of some control-freak marketers.