Terms such as content marketing and native advertising are merely buzzwords, and all that matters is good stories, according to Microsoft’s chief storyteller.

Speaking in Singapore, 18-year Microsoft veteran Steve Clayton outlined the firm’s strategy for its stories: "We have been a company in transition," he says. "We have had a new CEO, a lot of changes internally and a lot of changes around how we wanted to tell our story.

"We will continue to tell stories through the media, but we started to notice that there were lots of great stories we had that weren’t necessarily news. So we started to dabble in how we could tell those stories on our own channels."

For the past three years, Microsoft has invested heavily in publishing its own stories – many of them long-form articles alongside quality photography and neat designs.

How he and his team of up to six people, depending on workload, measure the success of what they do is usually the first question he is asked.

"This might sound pithy, but one of the main questions we ask is do we feel good about the stories we are telling," he says.

What it is not directly related to is ROI, product sales or even product awareness.

"Marketing is a perfectly fine thing to do, and we have people who do a great job at that, but its not how we go about story-telling," he adds.

"The other main factor we look at is how are we helping to change the perception of the company. Now that is a really hard thing to mention, but you can kind of sense it, feel it and smell it in the air because people are saying that this is a company that is changing." 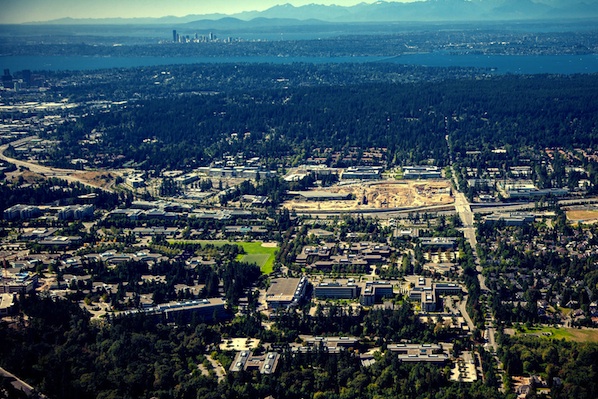 Other stories, such as the 88 Acres project (pictured) – the team’s first big success story almost three years ago – also point to a concrete commercial benefit, despite only referring to a product/service in one sentence.

The long-form story, peppered with striking visuals and video content, charts how Microsoft’s estates team effectively digitized all the buildings at its Redmond campus in Washington – from air conditioning, to fire safety sensors – so it could analyse vast amounts of data to more efficiently manage and maintain the site.

It has saved the firm tens of millions of dollars, and the content, based on the style of the New York Times’ groundbreaking Snow Fall coverage in 2012, racked up 250,000 views in the first 48-hours after been picked up by the Techmeme site.

Soon after, the calls started flooding in from other major companies who wanted to go down the same path.

Whatever you do, though, don’t try telling Clayton that he is in the content marketing business.

"People say are you in the content marketing business? Well I’m definitely in content but I don’t know about marketing. Then they say well is it native advertising?

"These are all good buzzwords but I don’t really know what they mean. I really don’t.

"We are the business of good stories, that’s all."