Part 1 of my Editor’s Choice round-up of 2015 and look forward 12 months focused on geopolitical global issues and related fallout such as the refugee crisis; the tranche of senior PR pros leaving the industry or standing down from high-profile positions; lessons learned from noteworthy business crises; and a passing of the torch in the most prominent chat show host hot seats.

Part 2 concludes the story by looking at the biggest issues influencing the world of PR pros in 2016.

Keeping up with clients

Two of the largest and most high-profile clients are pitching their PR business in 2016, General Motors and Procter & Gamble. Many others will follow suit.

It’s partly the natural order of things that clients periodically want to have a look at the marketplace and do a reality-check on their agency partners. But it's also a sign they’re not completely satisfied with their current agency support.

When I interviewed GM’s SVP of global communications Tony Cervone for our December Newsmaker slot, he told me the legendary automaker’s agency provision had gotten so complex it was taking too much time to manage and services were being duplicated. 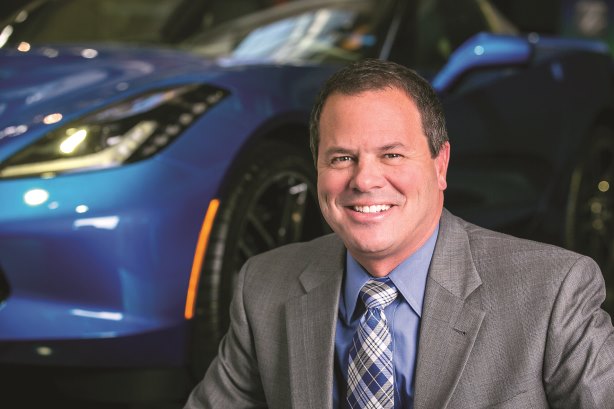 Cervone is pitching out all his business this year, bringing in outsiders as well as incumbents, and simplifying agency support so one agency will focus on one brand and the focus will shift to executing externally rather than managing the system. It’s required reading for any agency planning to pitch GM this year, and for any client who feels their agency structure may have become similarly unwieldy.

Smart clients are increasingly pushing their PR firms to move faster in helping them restructure their operations for the PESO environment and setting up to work more closely with marketing.

They’re also ensuring their internal teams are filled with new-generation communicators who think differently about business, are truly social and digital-savvy, and aren’t hamstrung by legacy ways of doing things.

But the most striking deal for the PR sector was Weber Shandwick’s acquisition of multiple PRWeek-award-winning $8.7 million healthcare specialist firm ReviveHealth. The deal gives Weber a footprint in the Nashville area, a hotbed of healthcare and pharma, and further expands its existing healthcare capabilities.

Edelman has pretty much reached capacity in the US – it was still active in the last 18 months, but concentrated on beefing up its global scale with the acquisitions of Ergo Kommunikation in Germany, Elan in France, and Dabo & Co in Dubai.

Weber must be coming close to capacity in the US as well, but its acquisition strategy also involves smart global deals such as the one it did for Swedish creative hot shop Prime in 2014.

It’s always interesting to follow the two largest global agencies, as they are obvious bellwethers for the overall industry, but I expect to see many more agency deals across the board in 2016 - and will be particularly interested in seeing how Mark Penn evolves his Stagwell Group, especially in the pure PR space.

Another noteworthy announcement this week was WPP’s GroupM media buying division teaming up with influencer marketing network Fullscreen, which interestingly is owned by AT&T and The Chernin Group.

It sounds like fascinating stuff. Where, if anywhere, do WPP’s PR agencies fit in? Don’t know yet. But it underlines the fact that it’s not just the PR community pitching itself as experts in hooking up brands with new influencers.

PRWeek will dive deep into the topic of new influencers and targeting fresh demographics such as Generation Z and Alpha in February, so look out for that.

Research firm Nielsen released data over the holidays that showed the majority of US cable channels saw a significant dip in viewers in 2015. A big switch-off is under way and 26 of the top 35 channels attracted lower average primetime audiences in 2015 compared with the previous 12 months, including ESPN, Bravo, Comedy Central, and MTV.

WARC (the World Advertising Research Council) estimates TV ad spend fell 2.5% globally in 2015, though it still rose 1.9% in the US and is expected to rise 4.9% this year, to $175 billion, on the back of the Summer Olympics and presidential elections, and 2.9% globally.

That figure is now also being boosted by Donald Trump, who has finally dipped his toe into the TV advertising market in an attempt to boost his presidential candidature, so maybe my prediction in Editor’s Choice part 1 about him completely changing the face of political campaigning was a touch premature.

But, in reality, most observers accept the impact of TV advertising is declining in the face of rapidly changing user habits that prioritize binge viewing on Netflix and similar services, on-demand watching at a time to suit the viewer, and a move to consuming content on mobile and smaller screens.

After all, who wants to spend 15 minutes of every hour watching commercials nowadays when they simply don’t have to? It’s just one of the many factors showing the earned, shared, and owned pieces of the PESO media puzzle are going to resonate even more moving forward.

WARC also states that internet ad spend will continue to grow rapidly, having risen 17.1% in 2015 and being set to rise 12% this year. Given that trajectory, the research body says internet will become the largest global medium for advertising in 2016 – it already is the largest in half the 12 major markets WARC measures.

But, like TV advertising, digital ads also face massive challenges in 2016, beset by issues such as ad blocking, ad fraud, and the remorseless rise of programmatic, which while it automates a once-complex and mysterious process only really understood by the big dogs in media agencies, also takes the human element out of planning.

Many clients are taking programmatic in-house, social networks are muscling in, and it’s starting to cut media agencies out of the process, leading them to try and expand into shared and owned media. It was one of the driving forces behind "reviewmageddon" in 2015, when an unprecedented number of big brands put their creative and media accounts up for pitch, fueled by a sense that they could get better value and more relevant services.

It’s also an opportunity for PR firms, because digital buying doesn’t rely on the complex big-buy media deals of the TV world, and paid in this context is an essential part of the PESO mix that modern communicators need to have in their arsenal of skills.

If you’ve been following the coverage of CES you could be forgiven for thinking that the automotive sector need not bother showing up in Detroit next week for the North American International Auto Show, such has been the amount of launches related to cars.

In fact, with some saying there has been little real tech innovation on display in Vegas this year it has been automotive activations from the likes of Ford, GM, Audi, BMW, Fiat Chrysler, Hyundai, Toyota, and Mercedes that have caught the eye. In-car connectivity, electric mobility, and self-driving cars are the order of the day at CES 2016.

Technology is of course intimately linked to automotive nowadays, but the road show for communicators in that sector has extended rapidly and is no longer restricted to vertical events such as the traditional motor show circuit in Detroit, Shanghai, Geneva, Frankfurt, and elsewhere.

The lesson here for communicators is that you should no longer simply rely on your tried and trusted channels to get your messages out - there are myriad opportunites in horizontal spaces and unexpected places.

What next for newswires?

Cision is blazing a trail through the newswire sector, hoovering up competitors and related companies as it puts together a suite of services that reminds me a little of Adobe or Salesforce in the ad technology space.

The latest proposed deal is an $841 million acquisition of PR Newswire from UBM, the most eye-catching move so far. It will need to pass regulators and, if successful, will add to the purchase of Viralheat, Visible Technologies, and media intelligence and data insight specialist Gorkana Group. Cision and Vocus also officially combined under the former’s brand in October 2014.

Meanwhile, Business Wire has introduced a video platform called BizWireTV, including a weekly TV show. The aim of the platform is to spotlight clients’ content, drive deeper adoption of multimedia usage in news releases, amplify Business Wire’s social media monitoring, drive web traffic, and expand the company’s brand and "Where your news is made" positioning.

Business Wire also has a sponsorship and branded content model in the works to help clients leverage the BizWireTV platform.

It’s all part of the companies’ efforts to evolve from being just PR release distribution mechanisms, and the challenge for them now will be to move the aspirations of their new platforms into real revenue generation.

PRWeek is putting the wire services under the spotlight in April, so lots more to come on this.

One of the more depressing memories of 2015 was sitting in the main hall at Cannes watching the newly introduced Glass Lions being handed out at the annual Festival of Creativity. Designed to recognize work that "implicitly or explicitly addresses issues of gender inequality or prejudice," the mission of the new category is noble and to be applauded.

But jury president Cindy Gallop rightly got progressively more perturbed by the endless succession of male creatives trouping up on stage to collect the Glass Lions awards. If we think we have a problem with diversity in PR, which of course we still do, have a look at the advertising and media industries for a true wake-up call.

Thankfully, the Grand Prix was won by the genuinely female-led team from Procter & Gamble, Leo Burnett, and MSLGroup for its Always #LikeAGirl campaign, which also won the PRWeek Campaign of the Year in 2015. So the evening ended well, but it was a damning reminder of the paucity of opportunities for female creatives in the advertising industry.

PRWeek has submitted a pitch to do a panel on the main stage at Cannes in 2016 to address the issues of gender and ethnic diversity in the creative industries, so let’s hope we can bring this debate further into the spotlight this year.

To be honest, PR and communications exists in such a rich and compelling environment at the moment that I could go on and on in outlining trends and observations that will hopefully in some way help inform your work.

Responding to shareholder activism while maintaining a philosophy of doing good being good business; Dell’s Marc Bien’s vision of the communications function acting as a kickstarter or incubator of innovation for marketing and other business functions; the fashion for long-form rebuttals of media coverage; and many, many other issues are on the agenda of the modern PR pro.

But, for now, I will spare you further verbiage and simply wish you all a Happy New Year and great success in 2016 as you navigate this rich and exciting - but just a little bit frightening - wonderful world of PR!