LONDON: The final deadline for the PRWeek Global Awards has been extended to January 14, 2016.

PRWeek will also name its first Global Communicator of the Year, an individual who has used the power of communications to drive positive and productive change in the world. Full category list can be found on www.PR360.net. 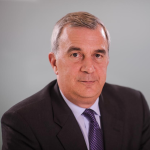 The judging panel this year will be chaired by Pierre Goad (left), group managing director and group head of human resources at HSBC Holdings.

The winners of the 2016 Global Awards will be announced at a gala dinner taking place on the second day of the PR360 Festival. The festival is the only space where communicators from around the world can gather to debate, discuss, and celebrate the biggest opportunities and challenges for the profession.

Goad was appointed group head of human resources of HSBC in January this year, and group MD in August. He was made a group general manager and head of communications in 2014.

He rejoined HSBC in 2011 as co-head of communications from Zurich Insurance Group in Switzerland, where he was head of corporate communications. Goad held strategy and communication roles at HSBC in London and Hong Kong, where he joined the bank in 2001.