The need for businesses to have a digital presence is widely recognized, yet it’s shocking to think how many corporate executives and CEOs still aren’t on social media, and specifically Twitter.

Executives may talk about social media and see its value for their organizations, but they often don’t use or understand it themselves. Worse yet, they don’t take the time to learn. This ignorance leaves them and their companies at an increasing disadvantage.

Think about this: by 2020, Millennials will make up 50% of the workforce. Today, 71% of Millennials check social media sites at least once a day. Twitter has more than 316 million active users, LinkedIn boasts 400 million members, and the population of Facebook (1.5 billion monthly users) is larger than that of China. The number of users is more than 150 times the combined daily circulation of The New York Times, The Wall Street Journal, The Washington Post, Financial Times, Los Angeles Times, USA Today, Forbes, and Fortune.

So how can CEOs and executives join the conversation in these huge and influential communities in which audiences including press, consumers, competitors, employees, analysts, and stakeholders actively participate?

A good place to start is Twitter. It is a platform that has tremendous benefits, and its opportunities are near limitless. Delivering news, managing crises, identifying influencers, raising awareness, generating recognition, increasing loyalty, engaging employees, and controlling the narrative are just some of the many advantages executives have, literally, at their fingertips, if they’d just embrace the platform. Here are a few examples:

You can disseminate news on Twitter; it’s often breaking there first
Twitter is another news platform – in real time. It needs to be viewed as such. A then-executive producer at CNN broke the news that Hillary Clinton wouldn’t be serving in President Barack Obama’s second-term cabinet with a simple tweet:

Sec. Hillary Clinton tells @WolfBlitzerCNN that she would NOT be in an Obama 2nd term cabinet. Watch CNN at 5 pm ET for full interview.

You can influence the markets (within accepted regulations)
Industry influencers can truly change company positioning with just 140 characters. Carl Icahn’s tweet on Apple being undervalued generated a significant spike in Apple’s stock price – 5.69% in just a few hours.

We currently have a large position in APPLE. We believe the company to be extremely undervalued. Spoke to Tim Cook today. More to come.

You can make it the norm for corporate announcements
Goldman Sachs recently announced that it would no longer distribute press releases on the wire, but would use Twitter to release its results. Bloomberg also said it will pull Twitter into its terminals.

You can build employee morale
Social media can be used as a tool to reach, engage, and tout employee or business successes to an external audience. Rupert Murdoch congratulated the team at Fox News with this tweet after a Republican primary debate on the network:

What a fantastic night for USA, democracy, freedom and incidentally Fox News. Congratulations to all.

You can use it for social impact
Social media campaigns have brought awareness to world issues, raised funds for important causes, and executed calls to action that help the greater good. In fact, one of the greatest social media phenomena was the Ice Bucket Challenge that raised more than $100 million towards fighting ALS and garnered more attention for the chronic condition than ever before.

Recall the campaign to end then-Egyptian President Hosni Mubarak’s reign? After he tried to suppress the voice of his people, citizens united in strong, joint messaging across social media, ultimately resulting in what’s known as the Twitter Revolution. 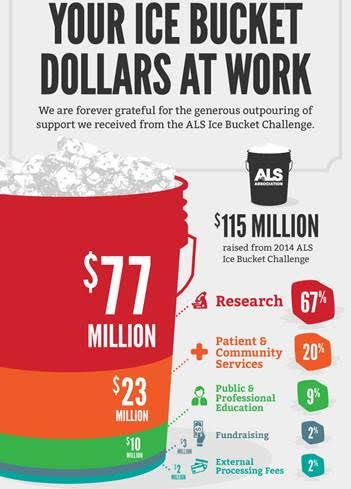 These online forums are only getting bigger and generating more attention, users, and greater impact across the world. Mobile engagement with social networks is growing at least 25% year-over-year across every age group, according to ComScore. That’s an impressive stat that’s worth attention. Social media is inevitable, influential, and the biggest missed opportunity for executives who still are resisting embracing it themselves, especially those in media and communications.

If you’re not there or at least watching, you just don’t know.

Ed Adler is partner @FinsburyGlobal and former EVP of communications @TWXCorp. Find him on Twitter @eadler12.