Hardly a month seems to go by without a brand being exposed for unsafe or fraudulent practices instigating a product recall. Volkswagen’s admission in September that it sold diesel-powered cars that intentionally faked emission tests has left consumers, investors and the media alike wanting answers.

Nestlé-owned Maggi instant noodles, meanwhile, were pulled from shelves across India earlier this year over allegations of lead levels, while Toyota last year agreed to a settlement of US$1.2 billion, concluding a four-year criminal investigation into how the carmaker handled product recalls linked to unintended acceleration.

Brands suffer two main types of damage in these situations — financial and reputational. The immediate financial impact of the recall process and any lawsuits that accompany it is typically quite high. The hit to a brand’s reputation can drive that cost even higher.

"Although brands can’t avoid the initial financial hit once a mistake necessitating a recall has occurred, they can greatly mitigate the reputation damage with a solid response," says Erik Bernstein, vice president of consultancy Bernstein Crisis Management.

"In Volkswagen’s case, its strategy of slowly letting information out while maintaining a veil of secrecy at the top is bound to incur greater financial and reputational damage than if it had come out with complete honesty from the start."

Consumers’ perception in light of a product recall can vary and has much to do with any emotional connection they may have to the brand. Zayn Khan, chief executive, Southeast Asia at brand consultancy Dragon Rouge, says that although he is disappointed in Volkswagen, he would still buy the brand and its associated marques.

"I have an emotional connection to the brands and admire their track record for innovation and aesthetics," he says. "My parents’ first car was a VW Beetle, mine an Audi … Therein lies the power of the brand. It resides in a non-rational area of the brain that is sometimes blind to reason or better judgement."

The fallout from recalls can often be wider, however, if they affect other brands of the company, but this very much depends on how clear consumers are on the connection between brands and the nature of the fault. Unless the recall has some sort of crossover into the other brands, or people are very aware of the connection, related brands often go unscathed.

If the recall affects the entire product range, or if the brand is used across multiple products, the impact is likely to be considerable.

This is more evident in food categories, maintains Samir Dixit, managing director at Brand Finance Asia-Pacific, who cites the scandal engulfing Maggi noodles in India as an example. The controversy over lead levels impacted the brand as a whole, with reports that sales of Maggi pasta alongside its noodles had plunged.

The main job then becomes handling the issue, which, says Dixit, was "reasonably botched up by Nestlé India in more ways than one".

Ultimately, a brand’s biggest challenge in the face of a product recall is regaining consumer trust. While the media moves on, customer mistrust can linger for a much longer time. Sometimes the turnaround can be achieved by using good and timely PR, or a change in the manufacturing process that demonstrates to consumers that the problem has been fixed.

Spending marketing dollars unless the problem is fixed at the root cause, however, will never help, believes Dixit. "It’s the effectiveness of the situation and not the communication that will work."

The best way brands can recover is to own the situation. "Brands need to prove that the underlying issue has been resolved, that they have done the right thing by hurt or affected customers and that they have invested in systems and training to prevent the problem from ever happening again," says Iain Twine, chief executive, Edelman Southeast Asia and Australasia.

It is also imperative for brands to conduct a root-and-branch review of all their other risk and issue exposures.

"Brands recovering from a product recall cannot afford to be blindsided by another issue or crisis, even if it’s unrelated," adds Twine. "Nothing is more likely to undermine a brand message of ‘We’re back and we are better than before.’"

One thing is certain: rebuilding a brand following a product recall takes time and effort. The process requires a long-term focus on reputation, not just the next quarter’s sales figures. 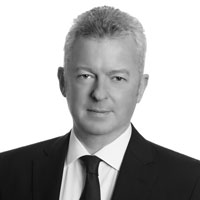 One of the reasons the Volkswagen issue is a global scandal is the perception of a wholesale attempt by the corporation to intentionally deceive in a planned, organised manner. The VW case plays much more to the company’s ethics rather than vehicle quality. While long-term environmental damage is still being assessed, no direct link has yet been made between individual injury and driving a VW.

This has resulted in a low level of personal impact ("PI") — how much did the VW situation really affect me if I am a non-owner? Twitter outrage to one side, I would hypothesise the answer as ‘negligibly.’ How much did it affect actual owners? Clearly more. It will be inconvenient to have a vehicle recalled, but I imagine VW will make the process as user-friendly as possible. If you are in the market for a new car, and the price was right, and the problem was fixed, would you eliminate VW from your potential choices? I doubt it.

A sharply contrasting example is the 2014 Husi China chicken food-safety scare. This had a very high level of PI — "I might eat something that poisons me." Consumers voted with their wallets and Husi’s customer, McDonald’s, saw immediate decreases in sales volumes.

Consumer concern can be linked directly to the level of PI. In many cases consumers are becoming (almost) immune to splashy, shock-horror corporate crises. This is not to say these seismic crisis events don’t damage companies — they can often destroy them. But if your problem doesn’t affect me (health, wealth and safety), the news agenda moves on and I will more than likely keep eating McDonald’s, banking at Barclays and driving my VW.

How Cadbury handled an uprising in Malaysia 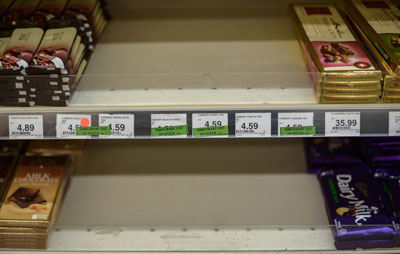 The news led to a public uproar, consumer boycotts and lawsuits, and the more serious threat of burning down the Cadbury factory.

Cadbury was eventually cleared of the allegation but its reputation and credibility were under intense scrutiny in the following months.

The company had to walk a fine line in winning back the trust of Muslim consumers while balancing the interests of government authorities and religious bodies. Working with agency Text100 Malaysia, Cadbury devised an integrated campaign across print, TV and social media.

This included daily updates on Facebook during the height of the crisis; interviews with the media to clarify the situation and reassure consumers; reaching out to religious leaders; and a three-day Joy Shop Sale that rewarded consumers with discounts of up to 70 per cent.

As of December 2014, sales had recovered back to 80 per cent of the pre-crisis volume. Raja Zalina Raja Safran, head of corporate and government affairs at Mondelez Malaysia, credits this to teamwork.

"Through our collective efforts, the various engagement methods and the effective and responsive communications plan, we were able to accelerate our business growth as a whole and seek strong business momentum in just six months," she says.