News Analysis
Tweet
Share
The Copenhagen summit of 2009 was a lesson in failed, top-down policy-making in which leaders arrived at the end and were asked to sign up to commitments the implications of which they did not fully understand.
There was consensus that the world needs to limit global rises in temperature to no more than two degrees, which, most scientists agree, is the maximum rise possible without risking catastrophic climate change.

But the deal that emerged from Copenhagen did not amount to a set of actions that would make two degrees a reality and would instead have resulted in a four degree rise, which was woefully short of what was needed.

Grassroots movements
However, civil society, dismayed by lack of progress, has gone ahead to achievable change anyway, driven by technological advances and businesses determined to be in on the ground floor of what many see as an inevitable shift to new energy sources, in a determinedly bottom-up strategy.

This bottom-up approach in the UK,along with thousands of other nationally-agreed commitments across the world, known as Intended Nationally Determined Contributions (INDCs), amounts to a commitment to reduce global temperature rises to below 2.7 degrees. 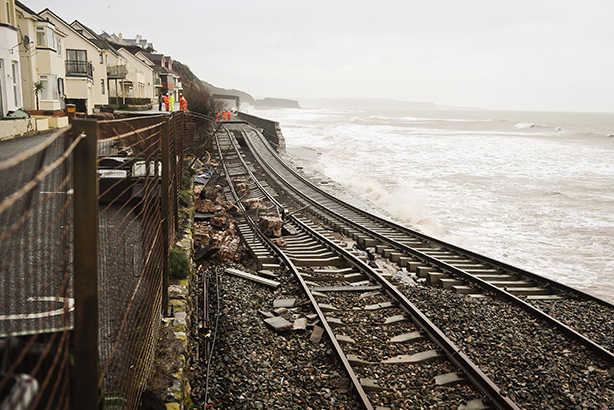 This is still a long way short of what is required to avert catastrophic climate change but it demonstrates a huge amount of progress since what was agreed at Copenhagen six years ago.

It means that when leaders meet next week, much of the heavy lifting in trying to achieve a smaller temperature rise will already have been done, due to a multitude of commitments made by national governments as a result of countless local campaigns. Experts assess that they add up to about 2.7 degrees, so they are necessary but not sufficient.

Leaders will be left with the big things to decide; such as climate change finance and the transfer of technology from rich to poor countries to ensure a low-carbon future.

Due to the commitments that have already been made, politicians risk looking behind the curve if they fail to realise the ambitions of ordinary people and the business community, which wants governments to act as enablers rather than road blocks to progress.


We know people want action on this because they are doing it themselves – community groups and businesses are seeing the opportunity that shifting early to a new energy era offers.

A Here Now UK spokeswoman says: "We know people want action on this because they are doing it themselves – community groups and businesses are seeing the opportunity that shifting early to a new energy era offers. But political leadership at local level can and will make a real difference. We are delighted with the commitments we have got from the mayoral candidates."

At its launch party on Monday, Here Now announced commitments from two London mayoral candidates to bring the city over to 100 per cent clean energy as quickly as possible.

On the same day, 50 UK towns and cities announced that they too would attempt to transfer to 100 per cent clean energy as quickly as possible. The two commitments, of London and the 50 towns and cities could remove as much as 16 per cent of the UK's emissions by 2050.

Industry is key in demonstrating to global leaders the desire for progressive climate action.

Niall Dunne, chief sustainability officer at BT Group, says: "Industry is key in demonstrating to global leaders the desire for progressive climate action, and the ICT sector in particular has a vital and unique role in how this will be delivered; and it's pleasing that both of these are being increasingly recognised."

Dunne says BT shared its carbon reduction plan with other businesses and that it will also use its sports entertainment platform to promote the clean energy message.

He says: "BT launched ‘100% Sport’... to harness the reach and passion that sport has, to encourage, inspire and challenge our fellow fans, team mates and organisations to build a sustainable future and #go100percent for clean energy."

Playing catch-up
Some of the key global environmental organisations highlighting climate change agree that politicians will have to play catch-up with the people they represent, or risk looking irrelevant. 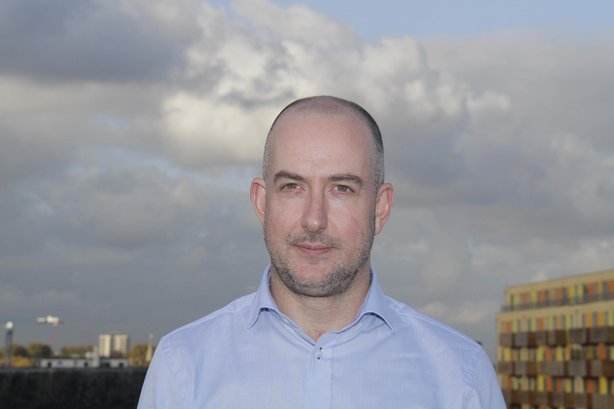 Andrew Pendleton (pictured above), Friends of the Earth's head of campaigns, says: "Over the past few years there has been growing pressure from people and organisations across the world who want urgent action on climate change and are deeply frustrated by the failure of governments to act."

The message to politicians this time round is that the train is leaving the station, people and business are up for the journey and that leaders need to get on board before it is too late.

Ben Stewart (pictured above), Greenpeace global comms lead for the Paris summit, says: "Back in 2009, it felt like the fate of clean energy and climate action was being decided by bleary-eyed diplomats haggling in conference rooms. This time, whatever the politicians agree, we know the change is already happening. The bottom-up approach is a reflection of the fact that the change we need is already happening. People and businesses around the world are already ahead of national governments – our leaders are catching up with the rest of us." 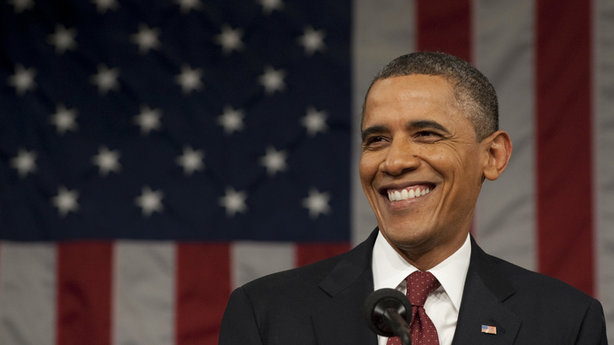 US President Barack Obama, now unencumbered by the prospect of re-election, has made a hugely symbolic decision in cancelling the proposed gas pipeline through Alaska and his talks with fellow economic superpower China give the sense that the political tectonic plates around climate change are shifting.

Stewart continues: "Just look at the string of risky fossil fuel developments, from Arctic drilling to the Keystone pipeline to the Alberta tar sands, which have been abandoned or scaled back thanks to popular campaigns."

A battle of words
The way politicians, business and the public, as well as the media, now frame the discussion around climate change and the language used is a critical battleground.

The climate change movement regards it as walking a tightrope between misery and complacency: being positive yet realistic.

On the one hand will be those who will decry any commitment amounting to a 2.7 degree temperature rise as a disaster and a cop out.

On the other will be sceptics who will use this rhetoric to present themselves as realists, arguing that the world cannot do any better and that we will have to manage any consequences of climate change in the future.

The trick will be to hold the centre ground, maintain a reasonable tone that appeals to the widest demographic and tell people what is already happening, how far the world has already come and how much further it has to go.

The language will need to strike the balance between telling people that switching off the lights is not going to be enough and not alienating people so that they feel the problem is insurmountable. 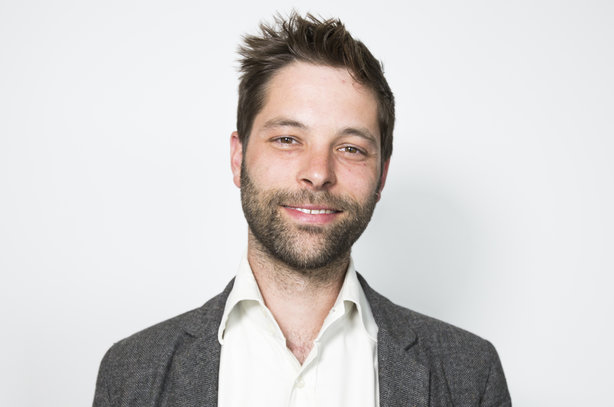 David Willans (pictured above), director of Ogilvy Earth, thinks this is already starting to happen.

He says: "The language has changed and people are being more positive about the possible solutions and that includes the corporate sector too. People recognise that it is a problem but they also realise what can be achieved by taking action. Companies such as Apple, Google and Unilever are taking action, which makes climate change a consumer issue. They are talking about it as a moral imperative as well as making the business case for change."

Greenpeace says the language around climate change is more important than ever but that striking the delicate balance required is a unique challenge.


How do you communicate the scale of the threat we face, and that of the change required to avert it, without demoralising people to the point of paralysis?

Stewart says: "How do you communicate the scale of the threat we face, and that of the change required to avert it, without demoralising people to the point of paralysis? It's less a choice between 'scary language' and a 'reasonable tone' and more of a challenge to show people they can make a difference despite the magnitude of the problem."

Despite the hopes around what might be achieved in Paris the terrorist attacks, which left 130 people dead, have cast their shadow over the coming summit.

Paris was meant to be the location of one of the biggest global demonstrations to demand action of world leaders during the summit but with the state of emergency limiting the normal rights of assembly, this has now been relocated to London.

Here Now said there would also be logistical challenges in getting the British municipal leaders who have signed their cities up to be clean by 2050 to the summit. 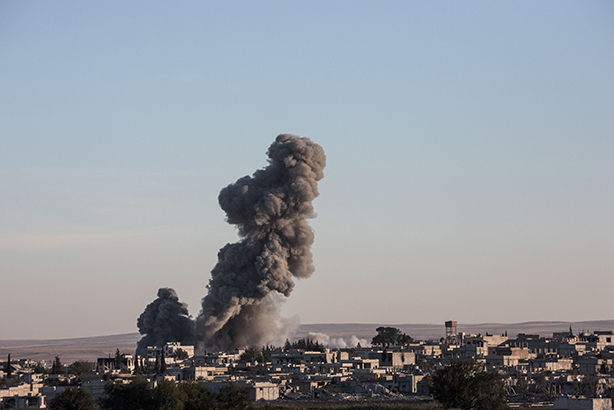 Willans highlights how climate change, war and terrorism were linked by Prince Charles earlier this week when he said that it was not only one cause of the civil war in Syria (pictured above) but a root cause of conflict and terrorism all over the world.

He says: "It’s a great point to make but it might have been better coming from someone who is not so polarising, in terms of public opinion."

Political inaction
At Copenhagen, the media pinned the hopes of the world on a single week in December 2009. Those hopes were dashed by political inaction and people consequently felt impotent about their ability to effect change.

Both Greenpeace, which describes Paris as an "important step along the road but not the destination" and Friends of the Earth are cautiously optimistic about Paris but both are anxious to avoid a repeat of Copenhagen.


The emphasis has shifted away from global rhetoric to actions at a community and national level.

Andrew Pendleton, Friends of the Earth's head of campaigns

Pendleton says: "The global talks are indispensable because we need legal teeth for national action and fairness embedded at the heart of our efforts to tackle climate change. There is a real reluctance this time around to suggest that the Paris talks will be the moment the climate problem is solved, and the emphasis has shifted away from global rhetoric to actions at a community and national level."
Tweet
Share