Ingolstadt is Audi town. Sitting on the Danube to the north of Munich, it’s a Bavarian bourgeois mini-city of a mere 131,000 souls – over 40,000 of whom work in the Audi complex, the second largest car production facility in Europe. They turn out 600,000 vehicles each year and are proud of their four-ringed automotive emblem.

Ingolstadt is also, however, famous as the venue of the creation of a grotesque and unnatural scientific experiment which leads to scandal and disaster for its maker: Dr Frankenstein. Mary Shelley’s Ingolstadt creature was stitched together from cadavers and animated by electricity rather than powered by diesel. But you get the irresistible parallel narrative drift. They don’t find such comparisons that amusing around here at the moment.

Audi is the pride of the extended VW family. It occupies the lucrative premium sector with far juicier margins than you can ever make on a Golf or a Polo. It is VW’s successful challenger to its deadly rivals BMW and Mercedes. However, the weeks since the VW Dieselgate scandal broke in September have been among the worst in the company’s life. Audi uses VW-derived engines, the smaller diesel varieties of which were initially implicated in the fraud. This week it was found that the 3 litre engines were fitted with the cheating software too. 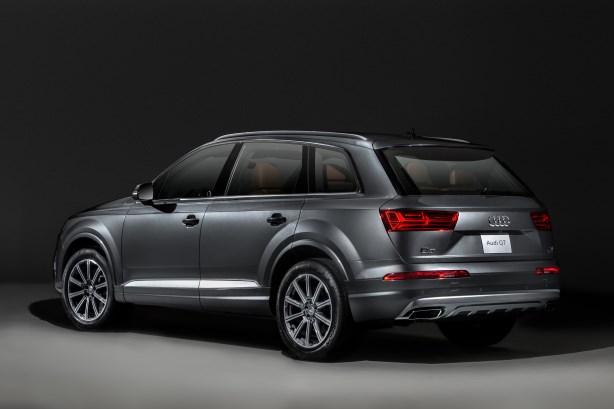 In the US, where the cheating of NOx emissions levels was discovered, the VW company has been pilloried. Being called ‘The Lance Armstrong of the motor industry’ was one of the politer attacks. There was a disastrous appearance by VW’s US chief Michael Horn in front of a congressional committee where even he acknowledged that the official line – that the fiddling was the result of just two rogue software engineers – was stretching credulity.

Ambulance-chasing lawyers have been falling over each other to sign up VW customers for class actions ever since. Eleven million cars worldwide are affected including 2.1 million Audis. Although no one has been killed, in some ways it looks even worse than BP’s Deepwater Horizon disaster, which eventually cost over $20bn in fines. At least that was an accident resulting from negligence. This was an act of gross deceit.

So, who knew what and when? The truth will out eventually and might take years. From a management point of view the ‘why’ question is, in some ways, more interesting. The 83-year-old industry veteran Bob Lutz who worked at GM, Ford, BMW and Chrysler wrote a telling blog in November with the title ‘One Man Established the Culture that Led to VW’s Emission Scandal – A Diesel Dictatorship’.

The man in question is Ferdinand Piëch, the former chief of VW’s supervisory board and grandson of Ferdinand Porsche, the original godfather of the German car industry. Lutz tells of a conversation he had with Piëch in the 90s about the amazingly slick body fits on the then new VW Golf. Piëch gladly told how he did it: ‘I called all the body engineers, stamping people, manufacturing and executives in to my conference room. And I said, "I am tired of all these lousy body fits. You have six weeks to achieve world-class body fits. I have all your names [echoes of ‘Don’t tell him, Pike!’ here] If we do not have good body fits in six weeks, I will replace all of you. Thank you for your time today."’

Lutz continues: ‘It was a reign of terror and a culture where performance was driven by fear and intimidation. He just says, "You will sell diesels in the US and you will not fail. Do it, or I’ll find somebody who will." The guy was absolutely brutal.’

Not just brutal but also bizarre. In 2012 Piëch ensured that his fourth wife, a former kindergarten teacher called Ursula who had been the family governess, was elected to the supervisory board. VW’s corporate governance has raised eyebrows for years. It is run by a mixture of family control combined with government ownership and very powerful union involvement.

Quoted in The New York Times, Markus Roth, a professor at Marburg University called it ‘a soap opera ever since it started’. Even the normally intensely loyal German media are restless: Süddeutsche Zeitung compared the autocratic leadership styles of senior VW people to those of Kim Jong-il in North Korea.

So, what is the true story? How are they coping? We’d all like to know. And so it is that I found myself unexpectedly bowling along the autobahn from Munich airport at 225kph in a chauffeur-driven, 12-cylinder, £105,000 Audi A8 long wheelbase, en route to an appointment with Rupert Stadler, chairman of the VW Group’s upmarket Audi brand.

This article originally appeared on the website of Management Today, the sister publication of PRWeek at Haymarket Media. Continute reading the rest of this exclusive interview here.