Nestlé’s startling disclosure that labourers suffering under near slave-like working conditions catch its seafood sourced from Thailand has been described as the new approach for food companies looking to clean up their supply chains.

Consumers have become sympathetic to the fact that supply chain transparency at all levels is presently a good idea to strive for, but not presently a reality, said Matt Friedman, CEO of anti-slavery NGO The Mekong Club.

He said nowadays reactions to companies being honest about their situation is positive, and with new legislation in the US and UK requiring companies to know what is happening at every level of their supply chains, more companies will face the same issue as Nestlé. 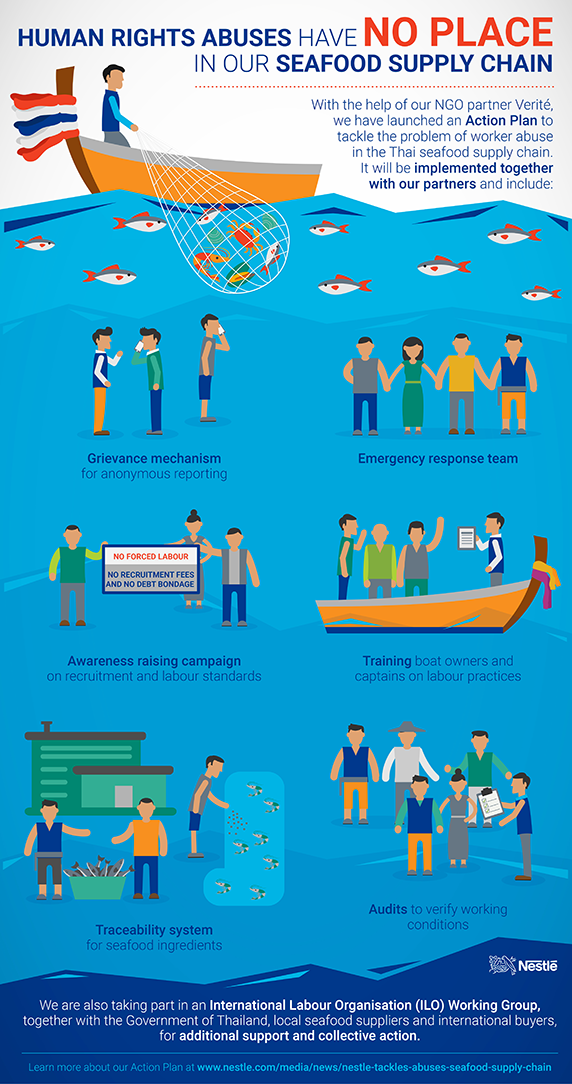 "As companies delve into this process, they will find things that will surprise them – including forced labour," Friedman told PRWeek Asia. "With this in mind, the brands have to think strategically about what they will do when or if this happens."

Publishing the results of a year-long investigation into the matter, Nestlé said most workers in Thailand’s seafood industry are migrants from Cambodia and Myanmar.

Many of these workers are trafficked into labour, endure verbal and physical abuse and live in abject conditions, the Nestlé report said.

The abuse suffered by workers in Asia’s seafood industry has been well documented, but it is extremely rare that a multinational company has admitted that it is linked to the issue.

Brian Griffin, CEO of Vero PR in Bangkok, said: "First of all, what Nestle did was brave, and from a moral perspective, they did the right thing to let stakeholders know about this issue.

"They will feel some pain from this initially, particularly from a consumer standpoint and it’s not hard to imagine that sales of seafood products may decline."

But, he added: "There is no question that the issue must be cleaned up, and that it must happen now. We should appreciate what Nestle has done to bring even more attention to the issue."

The investigation was commissioned by Nestlé’s and carried out by its NGO partner Verite. Nestlé said the report contained recommendations "not only for Nestlé, but also for suppliers and government authorities".

"The findings are not unique or limited to Nestlé’s supply chain. Virtually all companies sourcing seafood in the Thai seafood sector are exposed to the same risks," the company said.

Following the release of the report, Nestle has produced a detailed action plan in conjunction with Verite for how it intends to tackle the issue.

The results will be publicly reported regularly "including challenges and failures identified with how to best resolve and solutions to address".

In a statement, Magdi Batato, Nestlé’s executive vice president of operations, said: "Nestlé is committed to eliminating forced labour in our seafood supply chain in Thailand, working alongside other stakeholders to tackle this serious and complex issue.

"We believe that our Action Plan will help improve the lives of those affected by unacceptable practices. This will be neither a quick nor an easy endeavour, but we look forward to making significant progress in the months ahead."

Contrary to what many may have predicted, consumer reaction to Nestlé’s disclosure, Griffin told PRWeek Asia, has been positive.

"They appreciate transparency from the company. The optics of the announcement are positive and honest, and from a corporate standpoint, this type of transparency is good PR," he said.

Friedman said Nestlé’s approach to this kind of incident could be the best way to keep consumers onside.

"As long as the company shows good faith that they will address the problem, the general public will forgive them," he said.

"I feel that this approach will enhance the reputation of the brand, as long as it seems sincere and offers sufficient details. I also think these sorts of admissions will likely become more prevalent as brands watch to see the consumer reaction."