Online shopping and browsing will be bigger than ever this holiday season, according to the National Retail Federation, but brick-and-mortar stores are not going by the wayside.

"We shouldn’t forget the power of the store," says Kathy Grannis Allen, senior director of media relations at the NRF. "We don’t expect there to be a day when the proliferation of online shopping is so big that it would take over store traffic."

She adds that online retailers are even trying to find ways to insert themselves into stores.

Nearly half of consumers (46%) surveyed by the NRF will conduct their holiday shopping online, up from 44% last year, but the majority still plan on shopping at discount and department stores, at 55.9% and 55.6%, respectively.

What has evolved the most, says Grannis Allen, is the digital shopping experience and how both stores and e-commerce companies are adding new elements to answer consumer demands.

"Customers can use their smartphone to scan a QR code on a navigational store layout sign at the entrance to access a mobile-optimized map, allowing them to search for products by name and pinpoint their in-aisle location," explains Cheryl O’Brien, PR manager for the toy product retailer.

The brand also lowered its free shipping minimum from $49 to $19 to encourage more online shopping, and because mobile commerce is one of its most rapidly growing consumer engagement channels, Toys "R" Us has enhanced its mobile and tablet apps and websites. The updates, based on consumer insights, include faster, more relevant search results, increased page speed time, and an improv-ed user interface, adds O’Brien.

Determining factors
According to NRF research, 46.7% of consumers say free shipping and shipping promotions are important factors in their decision on where to shop, and 21.4% plan to purchase holiday items using their smartphone.

EBay, which runs its holiday activations from November through early January, has a number of physical and digital plans in the works, says Karina Sokolovsky, senior director of global consumer communications for the e-commerce company.

After seeing success with its on-the-ground Airstream initiative around the July 4 holiday and its 20th anniversary in September, which allowed consumers to buy discounted items off an Airstream, the company is doing another road trip this holiday season. The vehicle will hit key media markets, but specific cities had not been finalized at press time.

EBay will also kick off a global program after the holidays to "inspire shoppers to sell unwanted items and get what they really wanted," says Sokolovsky. NRF research shows that 55.8% of holiday shoppers plan on splurging on themselves.

EBay knows that many people go back to shopping centers after the holidays to return unwanted gifts. To take advantage of this, the brand will set up "selling stations" to teach people about the ease of selling and shopping on eBay, she says.

In preparation for the shopping influx, Amazon added 100,000 seasonal positions. The brand also introduced a curated 2015 holiday toys list in October on its website, showcasing more than 1,000 of the most popular kids’ products.

Despite increased competition from the likes of eBay and Amazon, O’Brien says that "the overwhelming majority of Toys "R" Us’ sales still occur in our physical stores."

For avid brick-and-mortar shoppers, the brand will have a Guru for Play Stuff (GPS) team on-site starting on Thanksgiving and running through the holiday season.

"Easily identified by their red shirts bearing ‘GPS,’ the friendly and experienced toy aficionados will be on a mission to provide busy holiday shoppers with expert advice on everything from hot toys and top deals to time-saving services and incentive programs," explains O’Brien. 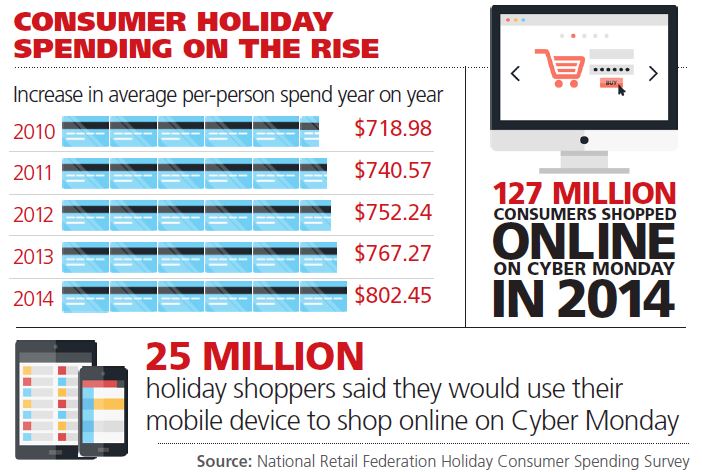