It’s new, innovative, and somewhat controversial. Recently, the Cleveland Clinic announced plans to perform the nation’s first uterus transplant – allowing women born without one – to have a chance to get pregnant and deliver a child of their own.

Our charge was to develop the right PR strategy to educate the public and provide clarity about the research, the procedure, ethical considerations, and a new option for women. This procedure is not designed to replace adoption by any means. Thousands of families and children benefit from adoption each year. No question.

With any new medical procedure, the public has a curiosity and angst about what and why things like this are done. We contemplated different communications strategies about how to announce this procedure, only done so far in a couple of countries worldwide. Our goal was to shape the perception so that this was viewed as a positive opportunity for women and families in the future.

To do so, our communications team was closely aligned with our medical and surgical, ethics, obstetrics, and women’s health team. Our doctors have been practicing the procedure, and are well on their way to screen the more than 35 women who likely thought only a miracle would allow them to carry a child.

We debated whether to push out the news broadly to all media versus select one reporter, who would be invited in early to gain a deep knowledge and understanding of the project. In the end, the team decided together to bring in a science reporter.

To prepare, we developed extensive communication support materials, including a microsite for reporters and the public to best help us respond to the influx of calls we anticipated after the story was out. In addition, we were prepared to send out internal communications to our leaders, employees, and board of trustees to inform them of the announcement prior to reading it in the news.

In the end, we felt that bringing a reporter into the process well in advance would allow for a deeper understanding of the entire project, including the research, the transplant, and the journey each patient will take throughout the process. We also wanted to be clear on who was a candidate for the surgery and who was not.

Another reason why we ultimately leveraged this strategy was because we felt that a strong science reporter would be interested in the subject matter and fully dedicate their time to fully understand all aspects of the work.

An accurate, in-depth story would help portray the full facts and help the public understand the careful consideration made to move forward with a uterus transplant. Further, it enabled us to handle numerous media calls that followed once the main story hit.

Although this story is just beginning, we plan to follow it closely and hope that in the end, we can share the incredibly advancements in medical science and surgery that may help many women in the future have children of their own. The role of PR is crucial to the success of this and other medical breakthroughs. 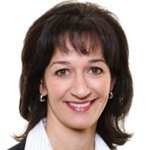 Eileen Sheil is executive director of corporate communications at Cleveland Clinic, one of the country's top nonprofit academic medical centers. Her column will focus on the myriad challenges of healthcare PR and topics related to the management of the comms function. Sheil can be reached at sheile@ccf.org.