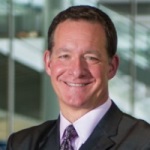 Kuhlman will be based at the brand’s Americas headquarters in Herndon, Virginia, and will report to Bentley Motors president and CEO Michael Winkler and UK-based Andrew Roberts, head of global communications. Roberts said in a release that Kuhlman’s first task will be to introduce the recently launched Bentley Bentayga SUV to the Americas market.

Wednesday will be his first day on the job. Kuhlman will succeed Graeme Russell, who was recently appointed head of brand communications for Bentley’s global organization.

The Volkswagen-owned luxury automaker also hired Erin Bronner as communications manager in the US earlier this year.

Kuhlman will lead the company’s product, corporate, and lifestyle media communications in the US, Canada, and Central and South America in the role. The Americas comprises Bentley’s largest market, where 53 dealerships account for nearly 30% of the company’s global sales. In the US, annual sales number about 3,500; the intention is to double that in the next five years.

"How you reach these luxury customers will be the most interesting part of the job," said Kuhlman. "They are very connected and savvy, they use multiple devices, and they like to be in the know. It’s an opportunity to test a lot of the things we are talking about in the profession."

The luxury market in the US has three key locations, Los Angeles and Orange County in California, New York City, and Miami, but Kuhlman noted that dealers outside these regions are also doing healthy business.

"The non-North American part of the brief is still to be established, and we’re developing a market and a footprint down there, but it’s an opportunity to grow a luxury market in key places such as Brazil," added Kuhlman.

Having worked in the volume and premium markets, he was attracted by the opportunity to operate in the luxury space.

"Bentley is an iconic brand, and it will be great to work on a brand with its history," Kuhlman told PRWeek. "It also has a lot of momentum at the moment, especially with the recent launch of the Bentayga SUV model."

Kuhlman was ranked number 36 on the 2015 edition of PRWeek’s Power List.

Kuhlman stepped down from his role at Nissan in September to return to the US. The automaker then appointed Jonathan Adashek as VP of global communications and CCO, moving from Seattle to the company’s Yokohama, Japan, global headquarters for the position.

At the time, Kuhlman posted to his Facebook page that he was "homeward bound after four years of working and living in Japan, most of the time as a ‘married bachelor.’"

He joined Nissan in 2011 after serving as CCO of Audi of America since 2006. Prior to that, he spent 22 years in several positions at General Motors, the most recent of which was director of communications for GM of America marketing and brand issues.

This story was updated on October 9 with new information.