The £7m campaign launched with a two-minute film at 8am this morning as part of a broader integrated marcoms drive.

The film tells the story of six-year-old Lily who spots an old man living on the moon while using her telescope. Noticing he is lonely, she sends him a Christmas present of a telescope so he can see her. It closes with the strapline: "Show someone they're loved this Christmas."

Data from social media monitoring tool Blurrt found that of the 22,429 tweets and retweets in the first hour of the launch, 52 per cent were positive, 14 were negative and 32 were neutral.

The hashtag #ManOnTheMoon is currently trending on Twitter, and there were 12,614 tweets including that hashtag in the first hour.

Blurrt found that 26 per cent of tweets and retweets were from males, 43 per cent were from females and 31 per cent from organisations.

Separately, Brandwatch has produced a graph showing the number of mentions of the campaign since 8am. It shows a spike at 8.47am when the Daily Mail and Daily Express tweeted a link to the video.

Julia Robinson, project manager at Brandwatch, said: "It comes as little surprise that this year’s John Lewis Christmas advert is being talked about extensively on social media channels. But with 52 per cent of share of voice against other supermarkets and department stores just two hours after the advert’s release, the brand really has outdone itself this time." 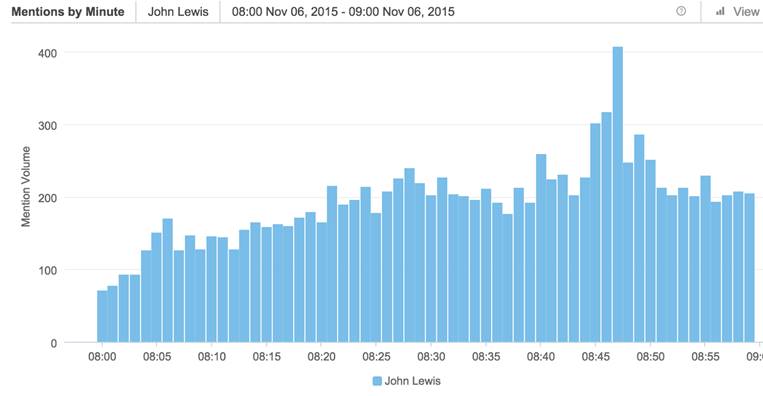