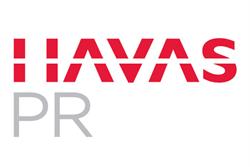 For a long time, the thing to do was "Go global."

It wasn’t that hard, and got increasingly easier, with the evolution of technology and the availability of goods and services from pretty much anywhere. Compared with previous generations, we are all more globally connected and aware, and more affected by global events.

In the end, we didn’t have to "go global" as we became globalists by default.

But then, we as citizens were instructed (and as marketers were instructing) to act, buy, eat, and even love locally (hey, there, Tinder) while thinking globally. Such talk began really burbling up toward the end of the recession, when more of us had a little money in our pockets but were still feeling protective of it and wanted to spend it thoughtfully.

As the exhilaration of being able to tap into limitless virtual connections wears off simultaneously, more of us have felt a very real desire for flesh-and-blood sensory experiences that connect us to places.

A lot of what we learned from our immersion in the world beyond our reach is coming home to feed our local yearnings. Consumers have come to appreciate products that derive from a specific place with its own standout character and quirks.

It’s what the French call terroir – the tangible sense of a place with its own distinctive conditions, taste, and story. It’s a premium branding point for products imported from special places abroad, like Parma ham and Champagne, but it’s also becoming increasingly desirable if that somewhere is local and familiar and wears its origins with pride.

These were among the observations that led Havas PR North America, the agency where I am CEO, to field a survey of Americans about their feelings of connectedness. We found that because the wider world is largely perceived as going to hell in a hand basket, many of us are hunkering down. The majority of respondents identify themselves as "a hometown person" (53%), prefer to shop locally if possible (65%), and even prefer to have sex locally; 75% said they prefer great sex in their own bed to great sex in a hotel bed.

As more of us curate a local life and begin to prize all things small (startups) and tiny (houses), I can’t help but wonder if it’s in response to the big, messy world that we’re all so much more aware of than before – Afghanistan, Iraq, al-Qaida, the Islamic State, Syria, Russia, the Greek debt crisis, the fading hope of the BRICs and so much more.

An increasing number of people tune in intently to what is local to them, wherever they might be. Our agency is calling this localism – the mashing together of local focus and global awareness. It has echoes of that old activist mantra "Think global, act local," but with a 21st-century twist.

I’ve long been part of the herky-jerky discussion about this mindset, proclaiming "Local is the new global" as long ago as 2007. But Havas PR is walking the walk when it comes to localism with more purpose than ever. And that’s why our Pittsburgh office flourishes and why we have chosen to build offices in Phoenix and Providence that have really taken off – including winning the Rhode Island tourism account, the ultimate local marketing dream assignment. We’re living this trend.

Localism is more than just the way we feel about where we live and the global village:It’s about what makes us feel happy and safe. It’s the new American mindset (and increasingly the mentality in many other countries, too). In a chaotic world that feels out of our control, this is a good thing. Local is more manageable and controllable, and more of us are deciding that our best hope for making a difference is to act locally.