Earlier this week, Twitter overhauled how users interact with tweets. In the blog post "Hearts on Twitter," the company announced that the star icon, used for "favoriting" a tweet, is being replaced by a heart icon, used for "likes."

The company explained the change was designed to "make Twitter easier and more rewarding to use." It wrote, "You might like a lot of things, but not everything can be your favorite."

The heart symbol, the blog explained, "Is a universal symbol that resonates across languages, cultures, and time zones. The heart is more expressive, enabling you to convey a range of emotions and easily connect with people."

The post begs the question for those tasked with reaching professional, b-to-b audiences: do we need to convey a range of emotions with our tweets? Perhaps the very reason for the popularity of the Twitter star was the lack of emotion expressed.

Favorites had many uses for the business community. Users favorited posts as a bookmark, allowing them to read in-depth stories at less demanding times of the day. Others used favoriting to support company news, without indicating a range of emotions. Favoriting showed encouragement for a colleague, client, or partner in the way one may shoot off a quick email or IM message.

B-to-b communicators universally recognized the star as engagement. Professional users see a favorite as a recognition of the quality of the content. What does a heart mean? It may be hard to express "love" for an update from a trade show focused on the shift of back-office security-processing technology.

The heart continues Twitter’s move towards a mass audience. The company is mimicking the moves that brought Facebook and Instagram hundreds of millions of global users. But by reaching for a new audience, the company risks ignoring some of the unique attributes that have made it a crucial business tool for the institutional community.

These are the crucial questions the Twitter user community will need to address as users adjust to this change. At a time when social media adoption is starting to gain traction in financial institutions, Twitter may be turning off the next generation of users.

Eric Hazard is VP at Cognito. 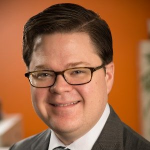