Every communications professional loves a good narrative -- a story that can truly resonate. And the New York Mets have a bat rack full of them.

Now, I've been a Mets fan for as long as I can remember. And to be a Mets fan is a triumph of hope over experience. Yet, like Charlie Brown and his quest to kick that football, I and other Mets fans return, year after year, hoping this time is our time.

The storylines are terrific -- a team led by a scrappy baseball lifer in Terry Collins, a surprise infusion of talented hitters at midyear, the resurgence of ex-Yankees Curtis Granderson and 42-year-old Bartolo Colon, the unlikely postseason of Daniel Murphy...and a pitching staff full of great flamethrowers.

The Royals have a great team, but there is a terrific story in each of those Mets arms, from the cosmopolitan cool of Matt Harvey to the surprise stardom of Jacob deGrom, from the wild-haired enthusiasm of Noah Syndergaard to the earnest intensity of local boy Steven Matz. Toss in unlikely bullpen star Jeurys Familia, and you have enough great themes for even the New York tabloids. Bloggers and columnists can't run out of ideas with these Mets.

I seldom believe in destiny...I subscribe to the philosophy of former Cardinals pitcher Joaquin Andujar, who said, "You can sum it up in one word: you never know." But I do believe that great stories have staying power, and I think this year the story ends with a ticker tape parade in lower Manhattan...and with me hugging my son with joy and amazement.

With apologies to Kansas City, this season in New York has been a long time coming. The surprise stories are the best of all. Let's Go Mets.

That simple statistic has driven the Kansas City Royals and in fact our entire city for the past year. Ninety feet from tying game seven of the 2014 World Series. Ninety feet that allowed the San Francisco Giants to celebrate a championship on our turf at Kauffman Stadium. Ninety lousy feet.

When the final out was made in the bottom of the ninth last October stranding Alex Gordon at third base, it was a major disappointment. But after a day or two, the team and Kansas City fans realized what an incredibly magical season we had in 2014. But in the back of our collective minds was the fact that we had unfinished business to attend to in 2015.

It wasn’t going to be enough to simply return to the World Series, the Royals and their fans were on a mission to win it all this year. And now we are on the precipice of doing just that. The New York Mets stand in our way.

Now I’m sure the Mets have a great story to tell but is there really any better story than that of redemption, perseverance, and ultimate victory? If this were a movie, you would call central casting and they would give you the 2015 Kansas City Royals to play the part. And I am confident our Boys in Blue will bring us home the big trophy with all the pennants on it.

There is a connection between this team and their fans that is unbreakable right now. They believe, so we believe. The narrative of the 2015 Royals is not just a great baseball story, it is maybe the best story in American sports this year. Now we finish what we started last year. Let’s Go Royals! 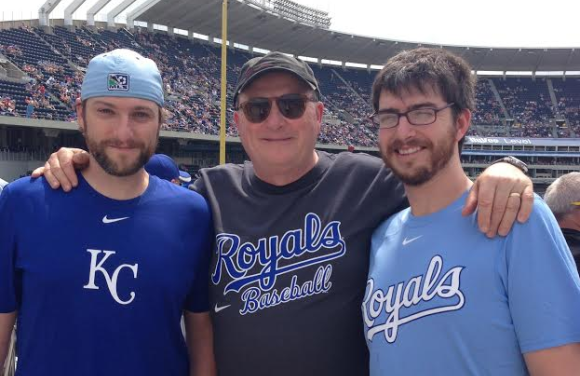