Everyone has seen it, and probably been a part of it at some point: that charity fun run, the tree-planting exercise, the football tournament with all proceeds going to some worthy cause. A day where people do their bit to give back to their community or those less fortunate.

And across all the slogans and banners for this day of generosity and giving, a big corporate logo from the company who pays to have the event put on and associated with them. Thereby fusing the goodwill generated that day with the company’s image.

Thus was the well-trodden path of corporate social responsibility, where the above scenario would get packed away and then reopened next year; it was almost formulaic.

However, all that has completely changed in the last few years as the value of a successful CSR programme to a company’s bottom line has skyrocketed.

"All organisations are taking CSR seriously because of the way the relationship between brands and consumers is evolving," says Carolyn Camoens, WE senior vice president for Southeast Asia.

"We know that audiences buy from brands they trust. Today this has been extended to the values a brand embodies."

Commentators say the importance of these brand values cannot be overstated. In a world where connected consumers are becoming more vocal and socially conscious, companies need to understand that customers want more from them than just a product: they want a company they can respect.

Angelina Ong, president of Cohn & Wolfe Asia, says: "Data has shown that a socially relevant and purposeful brand that has a strong ethical compass can generate brand preference, loyalty, or love.

"Consumers want to associate with brands that reflect their own values. CSR is no longer a ‘nice to have’, but a ‘must-have’."

The role PR plays in communicating a brand’s CSR message has gone far beyond mere implementation and media relations, says Ong; it is now "the architect and driver of CSR".

Asia has been slower on the uptake of CSR than some other parts of the world, but agencies say clients are doing their best to catch up quickly. Some countries have CSR commitments woven into their laws; under India’s 2013 Companies Act, for example, businesses must set aside at least 2 per cent of their profits for CSR activities. 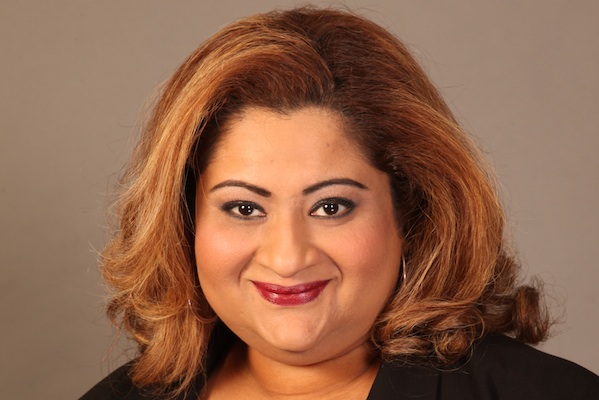 For some Asian brands looking to grow their footprint and attract more customers, particularly in Western markets, the challenge is evident. According to research by Edelman, global trust of companies headquartered in China is just 36 per cent; for India it is 34 per cent.

"It can help bolster trust by demonstrating how a company is contributing to the greater good and improving the economic and social conditions in the communities in which it operates," she says.

Yet a problem that has been particular to Asian companies, Mock explains, is getting their message out.

"Often companies based in Asia-Pacific have a culture of humility, and this humble nature has historically made for a reluctance to promote the good work they do to contribute to communities."

Indeed, according to a 2014 survey carried out by Burson-Marsteller and CNBC, 62 per cent of those surveyed – from both developed and emerging markets – said brands do not communicate enough about social responsibility.

Mariko Sanchanta, Burson’s APAC regional managing director, said: "This points to a great opportunity for corporations in Asia-Pacific to talk more about what they are doing in CSR and why."

This is fast becoming the norm, as it has to for Asian brands to grow. Consumers are keen to know the details of just what their brands are doing, which is why companies are engaging PR agencies to work out the best way to craft and disseminate their CSR message.

However, as aforementioned, CSR now needs to go beyond just a one-off event. These days it only takes a few retweets from savvy and cynical influencers to crush any CSR effort perceived as a false or self-serving PR stunt, something which agency professionals are only too aware of.

"The notion of CSR being content to pander to feel-good sensitivities of the public is outdated," says Czarina Cabuyadao, account manager at The Hoffman Agency in Singapore.

"The new age of CSR requires corporations to thoroughly understand their strengths, skills and what they can offer in terms of sustainable problem-solving, before embarking on a CSR venture that matches these strengths." 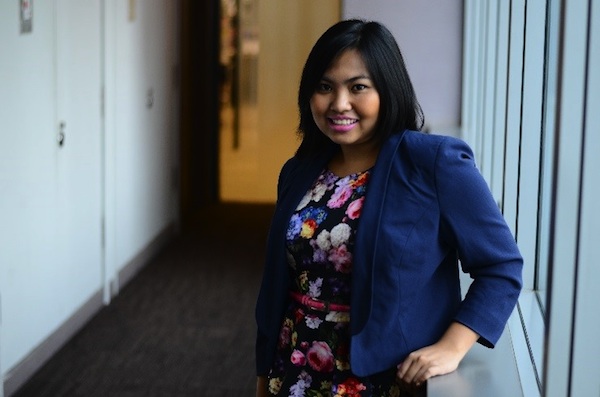 She makes use of the key word for CSR today: sustainable. Consumers want brands to have long-term commitments to programmes that have a tangible positive effect on society.

Authenticity is fundamental to a successful CSR project; otherwise brands leave themselves open to accusations of greenwashing or being disingenuous.

"As for all communication, CSR needs to be authentic," says Jean-Michel Dumont, chairman of Ruder Finn Asia. "Companies launching into CSR initiatives need to ensure that anything they do is well aligned with their values and actions."

As such, brands are embarking on large, ongoing campaigns that have a correlation with what they do. As examples, Dumont lists Boeing launching its "Soar with your Dream" project, which aims at getting more primary school pupils interested in aviation science.

Another is DHL’s "Dream Bag Initiative", which saw it use its logistics capability to deliver 30,000 schoolbags full of supplies to poverty-stricken communities to help boost education.

Such effective programmes require significant planning, creativity, logistics, execution, and ongoing management, all of which PR agencies are now having to handle.

"A brand’s ability to crisply articulate its purpose has become a priority," says Ian Rumsby, chief strategy officer at Weber Shandwick Asia-Pacific. "PR is the default function to support this need.

"What we are seeing today is a far more comprehensive, considered and inclusive approach to connecting brands with communities."

A recurring theme in the quest for authenticity is the notion of connecting with the local community, which is particularly important for multinationals looking to grow in Asia.

While comms specialists agree that global brands have generally been the ones to get the CSR ball rolling across APAC, their messages have just been "a straightforward extension of their global CSR initiative" as Ong puts it.

A one-size-fits-all approach cannot work in a region as widely diverse as Asia-Pacific, Ong continues; the message must be "relevant to local communities".

Sanchanta at Burson makes the same point. "What resonates with stakeholders in Western markets may be viewed entirely differently in Asian markets," she says. 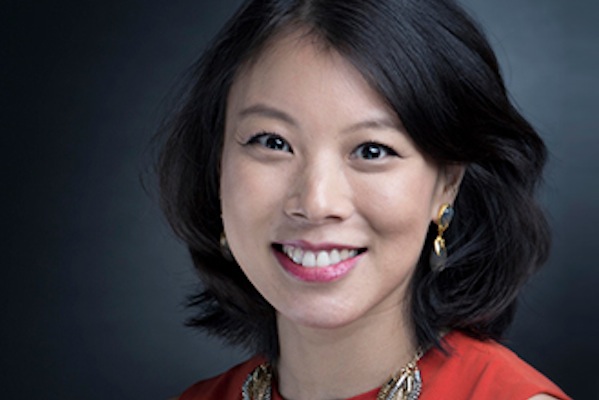 Previously these initiatives were designed back at HQ without input from Asian operatives, but this approach is rapidly vanishing. An example, says Cohn & Wolfe’s Ong, is the CAREton Project by Tetra Pak, to increase awareness of recycling.

The campaign was specifically targeted at Malaysia, where recycling and litter is a big issue. It saw Tetra Pak unveil a new campaign to turn used drinks packaging into roof tiles, which included providing newly built ‘recycled’ homes to several indigenous Orang Asli families in Malaysia.

The initiative was covered across numerous media platforms, and saw 7.2 million drinks packages collected for recycling, 40 per cent higher than Tetra Pak’s target.

Ultimately, as Mock at Edelman says: "Brands will have much more success entering any new market when they participate as a good corporate citizen of that community."

The threat of clicktivism

Despite all the new effort put into producing genuine, effective CSR campaigns, there will always be critics looking to snipe. Brands must just be prepared to respond in the correct way, Camoens at WE says, by not getting defensive or confrontational.

"From a communications perspective, it’s always better to be ready and prepared, with a positive framework of messages, should there be a need to tackle any controversy."

This is crucial in the social media age, where tech-savvy consumers – and in particular millennials – are unafraid to publicly shame a brand online.

Dumont, of Ruder Finn Asia, explains: "Millennials across the [APAC] region demand that companies do the right thing – and are voting with their handhelds."

PR execs are well aware of the pitfalls of social media. But, as in all communications strategy, harnessing its power can be invaluable and CSR is no different.

But as well as using social media to effectively and widely disseminate a CSR campaign, PR firms are also helping brands use it to shape their CSR message.

Camoens, at WE, says: "Brands and PR teams are starting to use social media as a listening board to understand what audiences care about, what the conversations are about those things and what opportunities and gaps can be addressed."

As such, Camoens adds, its no surprise that many recent CSR initiatives are around education, the environment and animal protection: three issues that attract extremely vocal enthusiasts across social media.

As if the external benefits for businesses were not significant enough, CSR is now also a recruitment tool.

Particularly as the millennial generation continues to join the workforce, working for an organisation they believe in socially and ethically is a powerful motivator, comms specialists say.

"This can have spinoff effects in terms of productivity and job satisfaction through internal recognition of the efforts being made."

Employees are consumers too, and many of the same concerns about a brand that prey upon cynical customers’ minds will be prevalent in socially-conscious workers.

As a result, good CSR is now a great tool for attracting or retaining talent, as people are more willing to work hard for an employer they feel is genuinely trying to give back to the community.

Consequently, it is crucial that brands get their CSR message out internally as well as externally.

Sanchanta, at Burson, says: "It’s vital for employees to be aware of what a company is doing for CSR, which enables and encourages them to participate in the company’s initiatives."

With CSR having evolved into such a multifaceted area, it is clear PR has become much more than just pushing out a message about corporate good.

From brainstorming ideas, to identifying a brand’s purpose, selecting its cause, designing the initiative, implementing the strategy, disseminating the message, monitoring social media, responding to issues and finally ensuring continuity.

PR is now needed from the beginning to the end of a CSR initiative, and it has its work cut out – especially here in Asia.