Sir Martin Sorrell has a fearsome reputation as a numbers man; when we met him in India last week he rattled off the growth projections for just about every economy under the sun, with the exception of San Marino.

And the iPad that is a permanent fixture under his arm seemingly contains every single WPP stat, figure and (heavily guarded) forecast.

But he’s also pretty nifty with a turn of phrase. When it comes to the economy he’s previously regaled us with the dangers of ‘grey swans’ (which unlike black swans, are the drags on growth we know about, but don’t understand the full repercussions of), and ‘bath-shaped recessions’, which then leave the ‘risk of a shower’.

Continuing the water theme in Mumbai, Sorrell rained all over the parade of those in the PR industry who believe their integrated offerings and a growing acceptance of the power of earned media is resulting in them taking work away from the traditional advertising and marketing agencies.

In the words of Sir Martin, if PR outfits think they can ever go toe-to-toe with the advertising industry for a big pitch, they're living in "la la land".

He went on to add that PR had an important role to play in the comms mix, but its place in the pecking order of his many WPP swans was made pretty clear.

In making more than 330 staff redundant this week, Twitter CEO Jack Dorsey promised his communication to the workforce would not be "riddled with corporate speak" and that he was "going to give it to you straight".

While the intention was honourable, the outcome was a little flawed.

So instead of talking about the company’s strategy or focus, the email was littered with references to "roadmaps". And while he should have said the engineering department would see the biggest reduction in jobs, he wrote it would "make the most significant structural changes".

The jargon went on to include references to other departments being "streamlined in parallel", before concluding Twitter would ultimately "part ways with up to 336 people".

All of which makes it hard not to conclude that if this garbled effort is symptomatic of Twitter’s broader business thinking and communications capabilities with its employees, it’s little wonder the company is in such a mess.

Malaysia Airlines dominated the news again this week after Dutch investigators released their report regarding the shooting down of flight MH17 over Ukrainian skies in July 2014, killing 298 passengers and crew – complete with pictures of the reconstructed plane.

Crisis comms experts agreed these images would not further harm the airlines’ reputation – but for very different reasons; either because its brand was already doomed beyond repair, or because the public understood it was a victim of a criminal act.

Either way, all eyes are now on the full rebrand of the airline that is slated to be launched next month.

How radical the changes are to its name, logo and livery remains to be seen, but if it can play its part in the long-term sustainability of the airline, it will be one of the greatest brand rebuilding exercises ever witnessed.

People on the move this week include Katja Hall who will join HSBC as group head of public affairs on 16 November: former Publicis exec John Farrell joined Four Communications Group as chair; PayPal's Christina Smedley has been hired to oversee comms for Facebook Messenger; and Foursquare named Dorothy Jean Chang as PR director.

Agencies celebrating new business wins in Asia this week include Cohn & Wolfe which won the PR deal for Alibaba’s AliCloud outfit; Text100 sealed the APAC business for Zebra Technologies; and Citigate which won the Boao Forum for Asia contract.

Fair play to start-up Pillow for taking out a promoted tweet to plug job vacancies suitable for engineers made redundant by Twitter. Some said it was too soon, but presumably they were not in need of a new source of income... 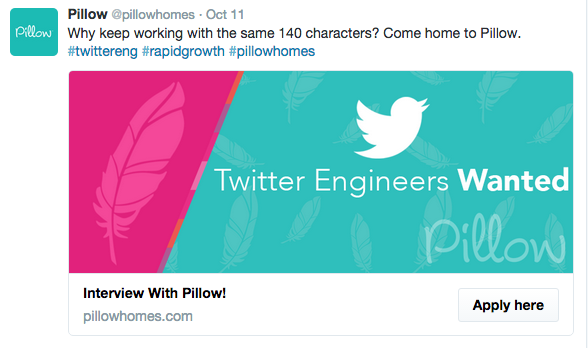