I attended a naturalization ceremony in Las Vegas in 2013 where I witnessed about 100 mostly Hispanic immigrants taking the oath of allegiance, tears rolling freely down many of their faces as they cradled babies and clutched little Star-Spangled Banners.

As I watched, I was moved how these people, like my own parents, actively chose to become citizens of the United States of America. They committed themselves and their children to making meaningful contributions to our society, and they formed part of the ongoing human infusion that makes this country great.

And now, nearly three years later, when the opportunity arose to work with the White House initiative to urge 8.8 million lawful permanent residents to obtain citizenship, we knew our agency, República, had to be a part of it.

Under the theme "Stand Stronger," or "Más Firme. Más Fuerte" in Spanish, we developed a comprehensive, nonpartisan, pro bono campaign including strategy, branding, creative, digital, messaging, and social media platforms. The brand identity our team created depicts the letter "T" in the name "Stand Stronger" as a tree growing roots.

With a focus on demystifying the citizenship process, we developed PSAs and created websites in both English and Spanish. We will be adding materials in Mandarin and Tagalog, as well, explaining procedures and outlining the benefits of citizenship, such as voting rights and job opportunities.

Stand Stronger has been a perfect fit for us. Many of República’s staff members are either first- or second-generation Americans. We share the narrative of our target consumers – the arduous journey involved in making a new life in a foreign land, as well as the horizon of opportunities that full participation in this nation affords our future generations and us. We are honored to be a part of this project because its message meshed so deeply with our personal stories. It was a chance to pay forward what this country has given us and our forebears.

My own parents emigrated from Cuba in 1961. Like other Cuban exiles of the era, they left with little more than the clothes they wore. They embraced life in America, grateful and appreciative of the many opportunities this country provided them and their families, but at the same time, remaining proud to be Cuban.

One of our campaign’s messages is what I learned from my parents’ example: becoming an American citizen doesn’t mean you shun your heritage; it means you add to who you already are. That hyphen — whether it’s Mexican-American or Chinese-American — deepens and enriches not only your own life experience, but also that of our nation’s cultural tapestry.

As a Cuban-American, I am proud of the Stand Stronger campaign. Like the new Americans I witnessed that day in Las Vegas, we urge those who are eligible to follow their lead, commit to citizenship, and ultimately stand stronger, too.

Jorge Plasencia is co-founder, chairman, and CEO of Miami-based República. Find the agency on the web at Republica.net or on Twitter at @RepublicaWorld. 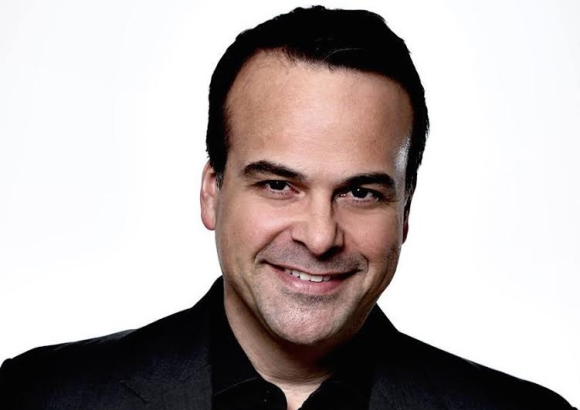