In the wake of Aaron Sorkin’s Steve Jobs movie premiering October 9, there’s been a lot of chatter about my role as Jobs’ first publicist. I’m not sure I was the first, but I was certainly present during some formative years.

Sorkin chose to include "me" in the film as the consistent PR agent through the three launches featured: Macintosh, NeXT box, and iMac. In real life, I was only the PR lead for the first one, but consistency makes for better storytelling, and I did, in fact, work with Steve closely throughout the NeXT and Pixar beginnings.

It was my job to ensure that Apple, the products and especially Steve, were always portrayed in a very particular way. Apple had to be on the leading edge of innovation, the products presented as magical, and Steve portrayed as a world-class change agent.

But it was never about publicity for publicity’s sake. Our work was always a means to create an emotional connection with the products and ultimately, the entire Apple brand. Steve knew that connection would enable the scale he needed to change the world, and publicity became a critical tool for building connection.

Steve learned how to be a showman in the process and publicity fed the beast. So every appearance, every article, every mention had to be managed for a desired outcome. His time was meted out according to the significance of the request. And even then, only the most important media outlets were granted an interview, and fewer of them the opportunity for a photo shoot.

A large portion of my time was spent saying "no" and trying to do it gracefully to maintain a decent relationship should it be required in the future. I once had to decline the opportunity for Steve to appear on Late Night with David Letterman. Steve wasn’t primed for TV at that stage of his life, and we were concerned that Letterman’s caustic personality – yes, it used to be caustic – would skewer him on air.

My cohort Jane Anderson and I were an army of two managing all of this, and we spent hours developing story angles we knew would position Apple, Macintosh, and Steve favorably and matching them with appropriate targets.

At that time, we thought Macintosh would be the computer for the rest of us and effectively take on the IBM personal computer in the business market. This positioning concept led to the famous 1984 ad featuring a young woman in a Macintosh tank top wielding a sledge hammer against the on-screen skinhead gathering of automaton IBM computer users. We hadn’t yet realized that it would sneak into the enterprise through the back door via creative departments, become a cult phenomenon, and ultimately, the computer for the best of us.

During the six months prior to the launch date, we carefully selected 100 journalists for intense, daylong sessions at Apple in Cupertino. We took the time to prepare individual briefings for reporters, with varied story angles according to the outlet. We made sure every aspect of the Mac story was told in great detail, from the cohesion of the Mac team, to the graphical user interface, to the portable size and ease of use features, to the factory where it was built, and everything in between. We hosted each interview and provided the journalist with six to eight hours of time with Apple and the chance to meet appropriate executives throughout the process. We included a brief chat with Steve because he was the ultimate pitchman.

We knew that the best form of creating this emotional relationship with Macintosh was to let people play with it. No amount of reading about it would do the trick. So we allowed for time with the keyboard and mouse. By the end of the day, the magic of Macintosh had been experienced, and there was no doubt Steve was changing the world.

When January 24, 1984, finally arrived, we knew we had the story planted in all the right places. We had worked with Rolling Stone to come out with an epic cover story written by Steve Levy, with photographs by Norman Sief. We worked with the business press to get their stories and take their pictures. We seeded the computer with famous people all over the world to create word of mouth among influencers. We briefed the analysts and the trade press. We mailed a unique press kit to hundreds of journalists that included a T-shirt packaged nicely in a white plastic box with the iconic line drawing of Macintosh on top. We were ready. Steve was brilliant. Macintosh spoke.

The world accepted this new computer with open arms. I remember listening to the radio as I was driving home from DeAnza College, where the Apple shareholders’ meeting was held, and the official launch took place. I heard report after report of the event, and every single one of them repeated the words we had so carefully written to position this product as the world-changing computer it would turn out to be. Even I was shocked at the power of PR.

Now, decades since the Mac launch, I find myself still acting as Steve’s publicist. After helping Walter Isaacson locate some of the old gang while he was writing the biography upon which the new Steve Jobs film is based, I met Aaron Sorkin in the penthouse of the Palo Alto Four Seasons as he conducted a succession of interviews with many of us who worked with Steve in the early years. Something caught his eye about the publicist role, and I wound up as a character in the movie played by the lovely actress Sarah Snook.

I knew Isaacson would do Steve justice, since Steve himself requested that Isaacson write the official biography of his life. I also knew Sorkin would tackle the job of capturing Steve’s complex character with intelligence and sensitivity. I am often asked to comment, participate, and help with pieces about Steve Jobs, and I usually consent if I believe the resulting story would do justice to his name. But the other day, an international TV network asked if I would participate in an expose-like portrayal of Steve’s life. I knew immediately I could not allow it and declined yet another PR opportunity for Steve Jobs.

I find myself compelled to honor his memory in death just as I would have honored him in life. Such is the long-lived power of a legend and the loyalty of his team.

Andy Cunningham is founder and president of Cunningham Collective. Find her online at AndyCunningham.com and on Twitter at @andycunningham4. 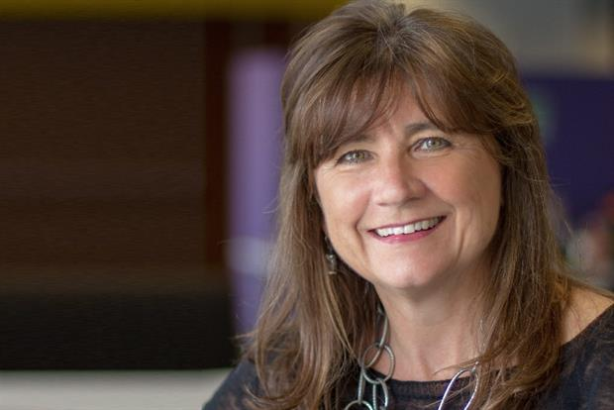