When investor magazine Barron’s published a blog suggesting that Alibaba’s stock could fall by a further 50%, the Chinese e-commerce giant’s SVP of international corporate affairs, Jim Wilkinson, fought back with a 2000-word letter to the editor.

Barron’s responded to Alibaba nearly one week later with another article stating that the publication was standing by its story. However, the media outlet admitted in the piece that it had "substantially understated" the amount the average American online shopper spends on websites each year.

The first Barron’s article came after the company's shares fell below last year's $68 float place. At $25 billion, Alibaba's public offering was the world's largest. Last November, Alibaba’s shares reached a high of $120, but have since tanked. The company’s stock closed at $61.90 on Tuesday. Alibaba shares are recovering, with a rise of 0.40% at $62.15 as of Wednesday morning. 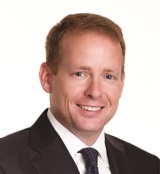 What made you respond so publicly to Barron’s story?
The story was unfair and it lacked integrity, professionalism, and fair play. We discussed it as a management team and agreed we had no choice but to move aggressively to set the record straight.

Typically you don’t want to get into a public back and forth with a media organization that buys its ink by the barrel. However, in this case the reporting was so slanted and biased that we felt we had no choice but to issue a comprehensive response.

A fact of life today is that many journalists are compensated based on the number of page views they get, not the accuracy they achieve. This is the real world and it requires companies to sometimes fight back when they get hit with sensational attacks.

Why did you take the particular approach of writing a 2,000-word letter?
Although attention spans are short in media cycles today, the facts still do matter. So we felt it important to be understated in our response and to let the financial data and facts tell our story for us.

We specifically wrote the letter to be bland in nature and to be full of as much data as possible, because in this case the data and facts were on our side. We wanted to use data to debunk flawed assumptions and, frankly, unfair attacks.

Because attention spans are short, was there a risk of some people not reading the entire letter?
No. We are such a high profile company that investors, analysts, media, and other key influencers will read every single word very closely, so that wasn’t a concern. Do I think every single person in America sat down and read the letter? Obviously, no.

Why did you decide against doing something short and snappy on social media?
Facts will trump sensationalism every time, and while we also used social media, we felt a longer data-based response was more appropriate in this case.

For something as sophisticated as China and ecommerce, you have to get the facts out there. A lot of people would say, "Just use short, snippy social." But for sophisticated readers, they want to see the actual facts and numbers. Just blasting something out on twitter or some quick social hit doesn’t work when you are dealing with key influencers.