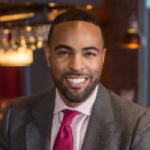 Crenshaw’s role has expanded "to include responsibility for our external affairs efforts, working to continue developing third-party relationships, and building the public perception of Fridays," TGI Fridays president and CEO Nick Shepherd wrote in an email to employees.

He is also "responsible for orchestrating the strategic narrative for the iconic Fridays brand and its more than 900 restaurants globally," according to Crenshaw’s LinkedIn account.

Shepherd wrote that the PR team, under Crenshaw’s leadership, has played an integral role in every piece of the company’s business. He added that communications will be critical for the brand as it refranchises nearly all of its restaurants by the end of the year.

"Communications will continue to be the lifeblood and cohesion of the Fridays organization," wrote Shepherd.

Representatives from TGI Fridays were not immediately available for comment on Crenshaw’s appointment.

Crenshaw joined TGI Fridays in 2012 as director of communications for the US, according to his LinkedIn profile. Two years later, the brand upped him to his most recent role, in which he oversaw its integrated communications strategy, including internal comms, corporate PR, crisis and issue management, employment brand marketing, and social responsibility.