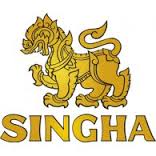 The Galapagos Islands are a nature lover's paradise and some of the most unusual species in the world have evolved here. So the parallels between the untainted location and the pure beer in question—Singha—may not appear to be immediately obvious, but the Singha Discovers 500: Galapagos campaign that the brand cultivated drives home the importance of preserving Thailand’s own natural resources. If that crusade helps to sell beer, than the alliance is a great success.

Singha chose the South American islands as the backdrop for the cinematic style campaign because of their everlasting value as an unspoiled territory. That idea aligns with the beer brand’s purity of taste, which has been a Thai pride for more than 80 years.

Another reason for the location was a chance to manage the balance between nature and tourism, to help locals think about how tourism in Thailand also threatens the country’s beaches and forests and, through the beauty of nature, inspire people to think about preserving it.

The campaign, launched in May 2014, aimed to get consumers talking and be a social event Thais could take an active part in. Five distinct celebrities fronted the ads. Each was a recognizable star that young people in Thailand—the brand’s core audience—could easily identify with and who could demonstrate the brand’s personality: Tik Jessadaporn Pholdee, an active, nature-lover as well as handsome entertainer; Ray McDonald, a travelling enthusiastic actor with a distinguished personality; Shahkrit Yamnam, the charming and charismatic film and TV star; Cris Sirin Horwang, the fashion icon; and Kangsom Thanatat Chai-At, a teenage heartthrob who represents a new confident generation.

An initial burst of TV activity, including 60-, 30- and 15-second ad versions, kickstarted the campaign. Each spot cast a celebrity in separate editions, with a cinematic/movie theme running throughout. The stars appealed to consumers to ‘join’ them through, in some cases, highly interactive tactics such as in-train media where the celebrities ‘knocked’ on the screens to grab the attention of young Thais.

This was the campaign’s recruitment phase, which encouraged consumers to create video clips under the tagline ‘open up and your world will change’. It presented audiences with a chance to travel to the Galapagos Islands with their favourite celebrity. Five successful couples would win trips. The initial 500 entries then whittled down to a shortlist of 100, who all took an aptitude test before a further shortlist of 20 couples emerged. Theses 20 then participated in activities and a filming workshop at Chiang Rai. This last stage narrowed down the list to the final five winners.

Singha managed the process and uploaded video entries to the campaign’s www.singhadiscovers.com microsite, offering audiences a chance to fully immerse themselves in the campaign and participate and shape it as it evolved.

Once the ‘travelling companions’ were chosen, Singha released another TVC asking people at home to continue following the activity as now the adventure would begin. Consumers visited the brand’s microsite to watch the winners’ journeys, which all took a distinctive theme or explored a particular question. For example, Tik Jessadaporn Pholdee’s film asked about a ?Perfect Life or Balanced Life?; Ray McDonald’s asked viewers if ?Adventure could be found only when travelling?’; while ‘Rule or no rule?’ was the title of the film from Kangsom Thanatat Chai-At. Singha’s marketing Chiefs Bhurit Bhirombhakdi and Chutchai Wiratyosin conceived and produced these to much acclaim.

With over 500 clips uploaded to the microsite, the engagement has been deemed a triumph. And the well-known tagline, ‘open up and your world will change’, became a catchphrase across Thailand. Newspapers, popular media and people on the street all repeated it.

Most importantly it successfully brought a target audience closer to Singha Beer. The imaginative use of media and an inspired choice of celebrities reflected the product’s personality and stirred consumer emotions. Audience participation was high and people were actively engaged, from campaign launch through to its conclusion. Every aspect helped strengthen brand ties with the core audience, boost general awareness and highlight Singha’s place as a legendary Thai and global brand.