Reporting to group head of comms Mathias Brandes, the holiday operator's new PR team will be led by head of PR Ian Benjafield, who had been retained by Thomas Cook as a PR consultant since April 2013, and is now employed full-time. Benjafield has been briefed to provide strategic and creative counsel in PR strategy, brand comms, media relations, reputation management and crisis response.

Unlike the group function, which employs Finsbury, the UK comms team has not used agencies in recent years and prefers to maintain direct contact with media. However, it has now signed up Lotus PR, led by Jules Ugo, to provide additional PR support.

Benjafield said the team would "concentrate on ensuring consistency of messaging across group and UK communications with a focus on meeting the company's ambition of delivering industry-leading trade, consumer and brand PR".

Thomas Cook, which competes with TUI's First Choice and Thomson brands to lead the UK holiday industry, suffered reputational damage in May this year after some of its current and former executives declined to apologise to the parents of Bobby and Christi Shepherd, who died from carbon monoxide poisoning while on holiday in Corfu in 2006. 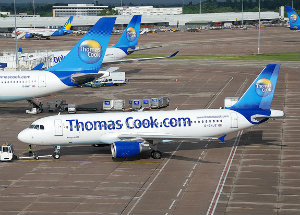 Group chief executive Peter Fankhauser later announced that Thomas Cook would donate the £1.5m it received in compensation for the incident to Unicef, following accusations that the firm had mismanaged the situation. Fankhauser also finally made a public apology to the family after previously declining to do so when giving evidence at an inquest.

The company has since commissioned an external review of its crisis comms response.

The firm, often credited with creating the concept package holiday, is keen to start a new chapter in its history. Brandes said: "It is an exciting time for Thomas Cook as we prepare for our 175th anniversary celebrations next year. We are committed to investing in PR and believe that having an experienced and dynamic in-house team with substantial media contacts, great ideas and boundless enthusiasm will help us build on the strength of our brand through creative, engaging and fun PR campaigns."

Benjafield was previously a content director for the ABTA Travel Convention and Travel Matters conferences. Before that he was MD of travel comms for the Brighter Group and has held senior comms roles at TUI Travel UK.

Cherquaoui joined Thomas Cook last month from Sandals Resorts International, where she was head of UK & European PR for seven years. Prior to that she was PR manager at First Choice.

Evans joined Thomas Cook as PR Manager in May 2015 from agency Black Diamond where, as senior account manager, she provided strategic media counsel and media relations for a number of clients including California and South African Airways. Evans trained as a journalist before a move into travel PR with TUI UK and then the agency Hills Balfour Synergy.

Anderson, who was previously a press officer in the Thomas Cook PR team, has rejoined after a year's secondment working on special projects. Anderson started her career at Thomas Cook in 2003 as PA to the then chief executive before joining the PR team in 2005.