BuzzFeed's success in Japan will depend on "how Japanese it can become", but partnering with Yahoo should see it avoid the graveyard of foreign companies which crashed and burned by trying to enter the market alone, according one senior PR leader.

Yesterday the US media company announced it had joined forces with with Yahoo Japan to launch in the country later this year.

"BuzzFeed continues to expand its global reach, and clearly we PR professionals must regard it much differently than we did just a few years ago," Said Morgan (pictured). "The move into Japan makes sense for both BuzzFeed and Yahoo. On BuzzFeed’s part, they’re smart enough to know not to try Japan alone – the country has graveyards full of foreign companies who crashed and burned trying to replicate their business model without taking into consideration the Japanese culture and way of doing business. 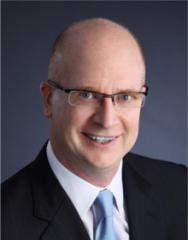 "On Yahoo’s part, they need an edge as Google and Naver chip away at their impressive reach. Then, factor in BuzzFeed’s existing relationships with Facebook and Twitter, both of which have steadily increasing followings in Japan, and the partnership seems poised to hit the ground running."

Buzzfeed has been increasingly seeking to move away from lists and light-hearted content into serious news and investigations. In the UK and US it has made a raft of senior editorial hires from mainstream news organisations.

However, Kyodo PR deputy director German Saa questioned if that approach would work in Japan.

"For serious editorial content, Japan is an extremely competitive media market that will be difficult to break into due to the wide array of trusted local media with very loyal readerships," he said. "As far as using BuzzFeed to make opportunities through public relations activities, we don’t see it becoming a very influential media in the short-to-mid-term, and certainly not for serious news. However, there may be potential for it to have an impact entertainment, fashion, and food industries aimed at younger audiences," he added.

Morgan, however, believes the move should act as a wake-up call to the country's traditional media, but cautioned that BuzzFeed would not be given an easy ride.

"The trick will obviously be developing content that the Japanese audience wants," he added. "It’s not just a matter of being insightful or sensational. It’s figuring out how to develop that content without being handicapped by the intricate web of domestic media, advertising and talent juggernauts who are resistant to change, and can withhold access as a result. But like many audiences around the world, the Japanese are growing tired of control and filters – they want what they want, not what they’re told to want.

"All this plays well to BuzzFeed which has matured over the years to hire and nurture teams of writers who are gifted at both serious and entertainment-focused content, and in the shareable breaking news format. The question to BuzzFeed will be – how Japanese can you really become?"

For the Japan venture, BuzzFeed will own 51 percent of the operation, with the rest being held by Yahoo Japan.

BuzzFeed will provide the proprietary technology platform, and manage the processes for developing editorial content and native advertising.

It was also announced yesterday that NBCUniversal is investing $200 million in BuzzFeed in an attempt to reach a bigger millennial audience. BuzzFeed said the cash "assures our financial independence, allowing us to grow and invest without pressure to chase short-term revenue or rush an IPO."