If I had five bucks for every time I heard the line ‘content is king’, I wouldn’t need to write about it, I’d be sunning myself on a Bali beach reading some of it.

It’s a cliche that gets trotted out all the time – and is frequently followed with the sentence ‘but delivery is queen’.

In addition to ticking a box on our buzzword-bingo cards, it reflects the ongoing demand from brands and organizations to develop their voice, especially across digital and social channels.

The problem is, the statement makes no reference to the quality of a brand's digital content, which, without wishing to start a royal rumble, is sometimes more court jester than crown jewels.

From talking to many of Asia’s leading PR agencies, it’s clear almost all brands want to say something, even if they are not sure about the best way to do it.

At Edelman, digital content is now responsible for 15 percent of revenue across APAC and is growing at around 30 percent a year. MSL says its digital work is up by 50 percent year-on-year for the first six months of 2015. And Strategic Public Relations Group (SPRG) adds it currently accounts for 20 percent of work in Singapore, a figure that will rise to closer to 40 percent over the next 12 months.

While nicely boosting the coffers, the increasing focus and workload around digital content is also continuing to create challenges, especially around skillsets, integration into broader campaigns and agency organization.

"Let’s tackle the elephant in the room," says SPRG’s general manager in Singapore Edwin Yeo. "In Asia, PR is still pretty much seen as media relations…but the essence of content…is speaking directly to consumers. Sadly, the role of PR agencies is often reduced to trying to get bloggers or online platforms to spread the reach of digital content, which is usually created by someone else. To my mind, that isn’t integration."

The $64 million question: Can you have too much content?

Gavin Coombes, president of Edelman Digital Asia-Pacific and EMEA, strikes a more positive tone about its integration model, but agrees the main challenge is to adopt a consumer mindset. "In essence, we are moving from B2B or B2C for individual campaigns to B2C2B for every campaign," he says.

"Some clients have not internally consolidated ownership of social media. This often results in different approval systems and inconsistency of messages," adds Dumont.

It is this inconsistency that can thwart agencies’ attempts to craft credible and compelling digital content for brands. 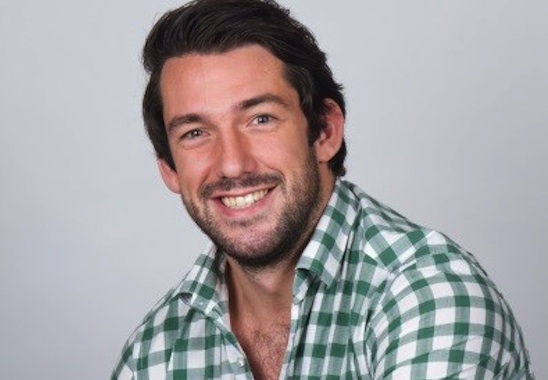 As Peter McFeely (pictured above), Waggener Edstrom’s deputy general manager and digital lead in Singapore, says: "We can and should tell the same story in different channels. What is important is driving the same outcome." It is a view shared by Daylight Partnership CEO David Ko, who adds: "Ideas need to be germinated together. You can’t take a press release and paste it to Facebook."

For integration to be effective across digital platforms, a fundamental shift in mindset is required, argues Cassandra Cheong, The Hoffman Agency’s managing director, Asia-Pacific. She says digital content needs to be liberated from "key messages", which have little appeal to audiences online.

"Audiences on digital platforms are looking for exciting content with a personal, humanized touch, instead of pristine messages that communications professionals spend days and days crafting, but no one cares about."

PR pros are not only grappling every day with structural challenges as the volume of digital work swells, but also face obstacles once the content has been pushed out.

Several surveys in recent months have shown how engagement with branded content online, especially in Southeast Asia, is pretty weak.

Operating in a vacuum

Clearly, operating across multiple markets at varying levels of economic and digital development is never going to be easy. But is there a danger that much of the work being undertaken is simply disappearing into the online wilderness?

According to Mottram at Text100, the answer is a resounding ‘yes’.

"Far too much content in Asia is churned out without data or insight into what the customer is interested in," he says. "Far too much talks down to the customer and far too much content is oriented toward converting the relatively small percentage of the audience that’s ready to buy, rather than the much larger percentage that’s still forming a brand perception. We see pockets of resistance and pockets of brilliance, but there’s still a huge risk in Asia that clumsy content marketing will further damage the Asian consumer’s already tenuous respect for what brands have to say."

Ong at Cohn & Wolfe, meanwhile, believes consumers are not necessarily desensitized to branded content, particularly images and video, which continue to receive the highest levels of engagement.

"However, if a brand is unable to adapt its story to feel like a relevant part of the conversation in an online community, engagement will be weak," she warns.

Industry experts also pointed to a raft of other reasons to explain why engagement in the region is often unimpressive.

Ko at Daylight Partnership says too much digital content is repackaged advertising and argues bosses is Asia are watering down content as it moves through the approval chain.

"There should be an arms race for intelligent, grab-you-by-the-neck-and-won’t-let-go content, but a lot of what we see is forgettable," he says.

Others point out that low levels of engagement are due to global brands failing to understand regional nuances.

"I have seen global brands failing to adapt to Asian audiences," says Vivien Teo, Ketchum’s vice president and director of digital strategy for Greater China. "For example, an English-language global Facebook feed managed out of the US is not going to get as much traction in Asia as a local-language feed with local real-time content." 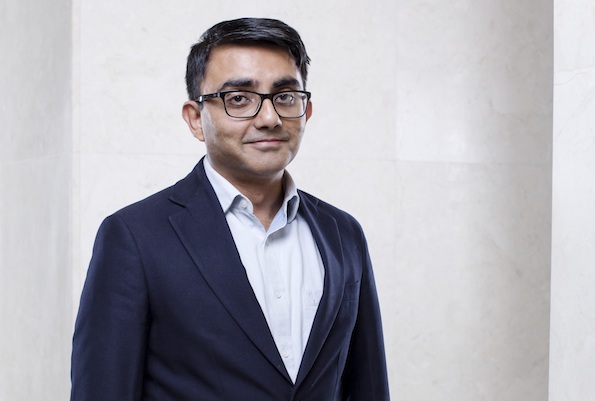 Meanwhile Narenda Nag (pictured above), regional director of integrated planning and digital at MSLGROUP in Asia, queried the validity of Western measurement tools for engagement.

"A large part of the problem with measuring engagement around branded content in Asia is that we are trying to import models from the west," he says. Those models do not successfully take into account the role of mobile-messaging apps like Line, WhatsApp and WeChat that form a huge portion of social-media share in this part of the world."

But if these are the problems facing the PR industry as it strives to embrace and produce captivating content, what are the solutions?

One answer that frequently crops up is the delivery of content, both planned and real-time, through newsrooms or content hubs.

"Newsrooms are definitely the future of PR and the nexus where PR and more general lead-agency business meets," says Coombes at Edelman. "As the mainstream media shrinks and more people use social media as their main point of access for news and information, it follows that more clients will need newsroom-type functions even just to tread water on media presence, let alone drive new levels of awareness."

Nag at MSL agrees, and the firm has specialists who focus on real-time monitoring, content creation and distribution at scale for several clients.

"However, we also find that it’s important that clients understand that newsroom aren’t a physical space or a collection of people only, but a shift in thinking on their parts as well as ours," he adds.

Thomas Tang, Burson-Marsteller’s digital lead for APAC, is also a fan of the newsroom approach, pointing to the agency’s capabilities in Gurgaon, India, where monitors display real-time conversations, trends and stories on its clients. Phase two will see the programme rolled out across India, although not in a physical form.

"As long as our teams have a computer and access to the Internet, they can see the same dashboards and information as if they were sitting in Gurgaon," he says. "The next phase will include a mobile app so our consultants have access to real-time intelligence while on the road."

While newsrooms are proving popular, they only provide an organizational or structural solution to content formulation and delivery.

The success of such an approach, however, depends very much on the nature of the content and its local suitability.

"Centralized content creation is great in two ways: firstly, it ensures a level of brand and messaging consistency, while secondly and probably more importantly, it maximizes resources," says McFeely at Waggener Edstrom.

"That said, the same piece of content isn’t going to resonate across all markets in Asia," he adds. "There has to be both freedom and ability to develop local content."

It’s a point reinforced by Ong at Cohn & Wolfe who says that a "one-size fits all" approach will always reduce impact.

"Online and social newsrooms continue to be a trend, but effectiveness and engagement require a sensitivity to cultural nuance, language and local vernacular in social media," she adds.

Real-time content is also frequently highlighted as a strategy to improve engagement with consumers.

Mottram at Text100 says timeliness is huge. "If you are first, you get disproportionate interest and attention," he says. 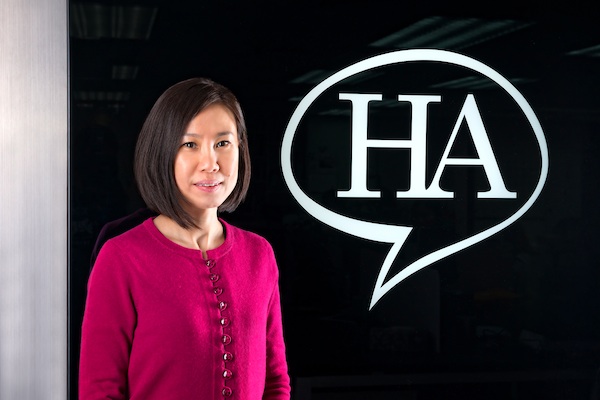 For Cheong (pictured above) at The Hoffman Agency, perfecting real-time content can be the make-or-break of a brand.

"Whether you are managing a crisis or parodying current affairs, it shows people that you are funny, witty, responsive and approachable—everything opposite to the bureaucracies people hate," she says, before advising, "not all trending topics are relevant to your brand; it takes a clever eye to spot those that matter to your audience."

Others agree that real-time content has its pitfalls. Coombes at Edelman says it does not negate the need for planned content, while Tang at Burson-Marsteller and MSL’s Nag say "right-time" content is often better than real-time.

Yeo at SPRG also questions how effective many agencies and brands are at implementing real-time content.

"Real-time content is extremely important because attention spans are shortening and the news cycle is counted in hours rather than days. Take the US legislation on same-sex marriage. By the time traditional media reported it on their print and broadcast platforms, half of social media already rainbow-ed their profile pictures," he says. "But can marketers and agencies adapt their processes to this sort of timeline? My guess is not anytime soon. To be fair, you do see many brands turning around content within 24 hours, but that's really a small number and even those brands do not do it consistently."

It is obvious from these responses that challenges still abound as brands and their agencies seek to find the digital content sweet spot. As the number of platforms continues to increase, these pitfalls are not going to disappear anytime soon.

In Asia in particular, it is apparent that different content strategies are required depending on the audience, the location and the brand.

One factor that remains consistent, however, is that the quality of the story will always determine the success of the content.

And it is clear that PR industry is adamant that it is the best-equipped communications sector to deliver it.

"You have to be able to find the story," insists Coombes at Edelman. "If you are looking to maintain any sort of long-term publishing model then this becomes the essential component. And you won’t find this in most advertising firms."

Stay on top of all the latest Asia-Pacific PR news, views and insights: Follow PRWeek Asia on Twitter and sign up for our weekly email news bulletins