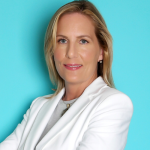 She is reporting to Victoria Isley, chief sales and marketing officer at the Bermuda Tourism Authority.

Cailor said her experience in the hospitality industry will carry over to the new role in travel and tourism.

"It’s the same skill set; it’s being able to manage time in the most effective and strategic way," she explained.

Before working at the Four Seasons in New York, Cailor was director of PR at the Four Seasons Resort Costa Rica for four years, and she held the same position at other locations, as well, according to her LinkedIn profile. She was also regional PR director for Loews Hotels and worked at Hyatt Hotels.

A Four Seasons representative said Cailor’s role has not been filled.