The ‘What happens one hour after drinking a can of Coke’ infographic (below; click to enlarge) was published by The Renegade Pharmacist website in May.

Against a backdrop of broader debate about sugar content in drinks, the infographic has gone viral and is being shared across social media after being picked up by major news organisations around the world. It has also trended in the Facebook news section.

Despite the infographic's strong stance on the drink - including a comparison to heroin - Coca-Cola’s PR department has decided against going on the offensive and has issued a measured statement.

A Coca-Cola spokesperson said: "People have enjoyed drinking a Coca-Cola for more than 129 years. Like all soft drinks, it is perfectly safe to drink and can be enjoyed as part of a balanced diet and lifestyle. We provide a choice of colas to meet the needs of different consumers, including options that are lower sugar, sugar free and caffeine free."

According to data obtained by PRWeek, the infographic had also registered more than 28,000 mentions on Twitter in the seven days to 30 July, despite not being associated with a dedicated hashtag. A fifth of the sentiment has been negative with just four per cent of tweets about it being positive.

Some 65 per cent of the unique authors have originated form the US, followed by 11 per cent from the UK. 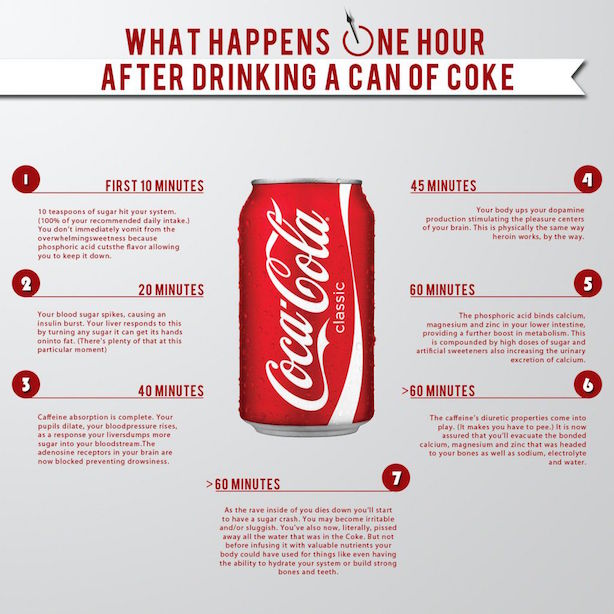